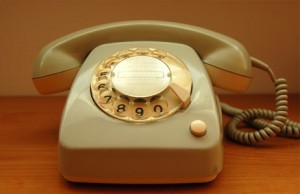 Change and innovation seems to be accelerating from a once-glacial pace to the speed of light. It seems as if product development cycles and market changes that used to take 20 years are now taking a year or less. Change is exciting – at least when it is happening to the other guy.

My parents both worked in the telephone industry. My mother started out as a telephone operator, plugging in lines to connect the calls. Once computers automated that job, she obviously had to face changes to her occupation. My father worked for AT&T at a time when they were the only phone company nationwide handling local and long distance. High rates and great profits for the AT&T monopoly! But fast-forward 50 years, and cellular technologies have largely replaced land lines with mobile phone service. Traditional plain-old telephone service (POTS) landlines have a more difficult time competing against cellular phone service features such as unlimited calling–and more computing power in a smartphone than NASA had back in the 60s.

Changes in the phone industry transformed old phones that were practically heavy enough to fight off mountain lions into wireless, pocket-sized, hand-held, internet-accessible personal computing devices that also happen to be able to make telephone calls all over the world. New technologies disrupted the complacency of the POTS phone industry monopoly. For AT&T, these changes meant that their monopoly on local and long-distance telephone service ended, requiring them to drastically alter their business model. Today, AT&T is now one of the largest wireless service providers in the U.S.

Stakeholders are generally defined as all parties impacted by change; e.g. employees, investors, manufacturers, consumers, government and the environment. Naturally, when an industry is changed, new jobs and investment opportunities rise to replace them while drastically altering the courses of the lives of all stakeholders. Meanwhile, new industries that didn’t previously exist suddenly began to emerge and develop. The economic term for this phenomenon is called Creative Destruction.

In January, 2013, The Edison Electric Institute (electric utilities association) quietly published a plan for utilities to fight these disruptive challenges from distributed clean energy or to use their term- distributed energy resources or DER. Click here to download a copy of – Disruptive Challenges: Financial Implications and Strategic Responses to a Changing Retail Electric Business.

Some historical background on electric utilities

Samuel Insull (b. 1859 – d. 1938), a Chicago-based innovator and investor who started as Thomas Edison’s private secretary is credited as being the creator of the modern electric utility, which allowed for scalable development of the electric infrastructure through a regulated monopoly. 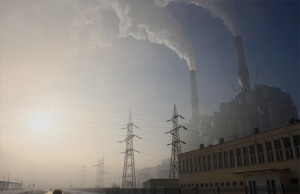 Commonwealth Edison in Chicago became the template to expand bringing electricity to America as regulated monopolies. In the beginning, a monopoly provided the foundation to electrify the country and change the lives of every person in the United States. Every monopoly was guaranteed their customer base and they built power plants and ran wires to every home. It was an all-you-could-eat buffet and Americans had a growing and insatiable appetite for electricity.

The utility company makes money by generating electricity and delivering it to homes and businesses. They go to the Public Utility Commission and tell them their costs and what they need to serve the public. If the PUC agrees, the rates for generation and delivery are approved. So the more electricity you consume the more money they make…and the more power plants they have to build.

Electric utilities don’t want you to consume less energy because anything that reduces the metered consumption threatens their very existence and business model.

A letter to the Electric Utility Industry:

I am compelled to alert you about just one of the coming disruptive technologies that could affect your monopoly–the rooftop solar panel. Word is spreading that with rooftop solar, you, EUI, won’t make any money generating or delivering electricity to homes or businesses that are powered by the sun. You should also realize that solar is peak power generation, which is the more valuable electricity for power plants to generate. Solar is now a competitor in your monopoly playground.

You should also know that the future will add even more disruptive technologies to the equation such as battery storage and fuels cells; when combined with solar they could eliminate the need to be grid connected. With the publication of your ‘manifesto’, you seem to be actively going into a kind-of survival mode against what you perceive as a threat, including distributed behind-the-meter solar.

Even so, I recognize that you are an important stakeholder and partner in our economy and future. Unfortunately, you’re acting a little like my grandfather in the way you do not want to learn new things or experience new technologies. You fear change because you know that you’ll have to change, too.

Change is inevitable, EUI. I hope you change for the better.

A sustainable world and future is heading towards Net Zero Energy homes and buildings. Europe of course, has set faster goals to get there, but even the US is planning on Net Zero being the final part of our nation’s energy plan. Although the US Net Zero goals are focused on new Federal Builds and major renovations by 2030, the long term plan is for all buildings to achieve net zero by 2050.

You can follow our own project of building net zero energy with the Green Leaf Inn – a demonstration project showing multiple renewable energy systems from wind, solar electric, solar thermal, geothermal, cogeneration, and more. GreenBuildTV has a Green Building Product Directory you should check out.

The question is not whether the regulated electric utility industry monopoly model that we have grown up with will change; but when and how it will change. More importantly, electric utilities could be the drivers of change, forging their future business models instead of battling every step of the way to preserve an old standard way of doing things.

Will electric utilities be a contributor to the innovation, or will their focus be on maintaining a century old model that does not support scalable growth of distributed solar and clean energy?

What will the role of the electric utility be in a Net Zero Energy World? First of all, every utility should be required to split their distribution and their power generation divisions into separate operations to remove the ability of cross subsidizing and hiding costs. While it is not efficient to run multiple wires for electric distribution to every home and business, the power industry model of competitive power is more efficient to manage future costs, efficient use of capital and promoting the development of new energy technologies including generation and energy storage than the non-competitive utility model. No competition means no innovation.

If more generation is needed, the incumbent utility can risk their own capital in building a power plant with no guarantees they will be able to sell the power in a competitive market. That puts the risk on the company building a power plant that will compete to sell their power instead of the cost overruns and mistakes being dumped on the back of the rate payers like you and I. In fact, if an investor builds a power plant in an area that looks promising and the market changes, they have to make the investment to move that power through building transmission lines instead of it being thrown on the rate payer again. We have experienced both of these problems here in Wisconsin because of no competition.

I think the electric distribution utility of the future will be more like a data network system administrator managing the traffic flow and resources of the network. Part of their fee would be a monthly network access fee and the other would be a usage fee for power being delivered to your building or being generated and sent back to the grid with credits and debits depending on who supplied the power. In fact, other resources can be monetized like battery storage, demand response, community owned solar co-ops, and distributed generation to reduce congestion problems–all being managed by the electric grid network administrator.

Net zero energy means annually, you generate as much electricity as you use onsite. But that means sometimes you need additional energy and sometimes you are sending energy back on the grid. In fact, development of a smart grid is critical to allow the development of a sustainable energy future. Think of how ISPs have gone from dial up to fiber optics. High speed data has changed the world in this information age and created new industries that were not even dreamed of except on the Jetsons cartoon.  With that investment in the smart grid distribution network, how many potential new industries we have not even created yet can become a reality?

What will a new sustainable world look like? We can’t let our future visions and potential be held in the stone age monopoly utility model.

The century old electric utility model served us well in electrifying the US and growing with the industrial revolution. But the current utility monopoly model is now keeping us from creating a sustainable energy future. Creative Destruction means something is going to no longer be a viable model in the future but in its place, new opportunity and growth will take its place.

Fritz Kreiss, President of Alternative Utility Services, has been in the deregulated energy business for 20 years and is a licensed energy aggregator.