Water power or hydroelectric power, is the source of the most common and least expensive renewable electricity.

Technologies that are used in Hydropower Plants have a long history of use due to numerous benefits, including higher availability and lack of emissions. 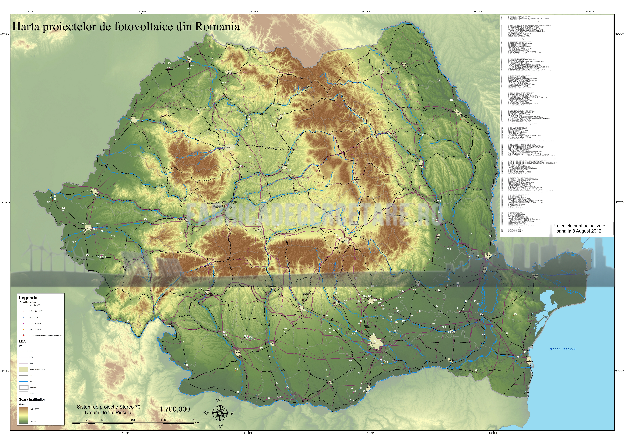 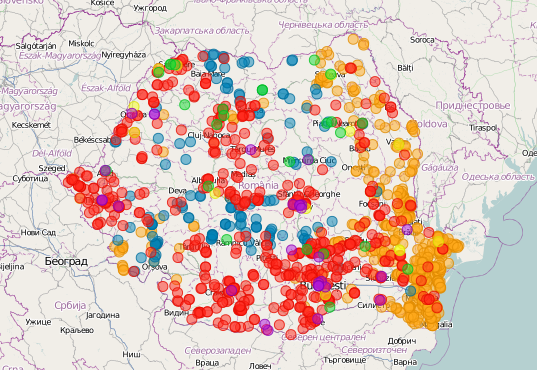 Hydropower use water that creates energy through the flow, that can be captured and converted into electricity.

Both large manufacturers and small ones can use hydroelectric technology in order to produce clean electricity.

On a large scale, hydroelectric plants generally, are developed to produce electricity for electric utility or government projects. These plants produce more than 30MW.

Most large hydro projects use dams and reservoirs to retain water from a river. When the stored water is released, it passes through turbines which rotate, setting generators in motion thus producing electricity. The water stored in reservoirs can be quickly accessed and used during times when there is high demand for electricity.

Dammed hydropower projects can also be built as energy storage. During peak periods of electricity demand, these facilities operate more like a traditional hydro plant  releasing from reservoirs placed above the water that is passing through turbines, turning generators in order to produce electricity.

However, during periods of low electricity use , electricity from the grid is used to rotate back the turbines, causing the pumping of water from a river or lower reservoir to an upper reservoir, where water can be stored up to a new high electricity demand.

A third type of hydropower project does not require large storage dams (although it may require a small dam, less annoying). Instead, some of the water of a river is diverted into a canal or pipeline that spins the turbine.

Many large-scale projects such as dams, have been criticized because the possibilities of altering wildlife habitat, preventing fish migration, affecting water quality and flow patterns. As a result of improved environmental regulation, the National Hydropower Association forecasts a decline in the widely use of hydropower from now on. Research and development efforts managed to reduce many of the environmental impacts by using new turbine models.

Small Hydropower systems are systems with a power less than 100 kW, used to produce mechanical energy or electricity for farms, homes and villages.

How does a Small Hydropower system work 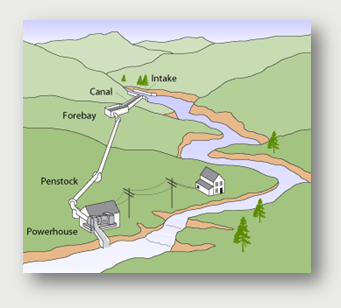 For SHP systems along rivers, a part of the river water is diverted through a channel, duct, under pressure pipe thet guides the water to a turbine or wheel. The moving water spins the turbine or the wheel which spins a shaft. The shaft movement can be used for mechanical processes such as pumping water, or can be used to power a generator or alternator to generate electricity.

Components of a SHP

– A water carrier, which can be a channel, forged pipe, a pressure line – (valve) that delivers water,

– A turbine, pump or wheel that turns flowing water energy in rotation,

– An alternator or generator that converts the rotational energy into electrical energy,

– A regulator, which controls the generator,

Many systems also use an inverter to convert low voltage DC produced by the system – 120 or 240 V in alternating current (AC).

Turbines and generators available on the market are usually sold as a package. Systems that can be personal mounted require careful matching of the speed generator with the speed and horsepower.

If a small hydro system will be connected to the network, or used separately, will determine the final balance of system components. For example, some independent systems use batteries to store electricity generated by the system. However, because of the hydropower resources that tend to be more of a seasonal nature, compared to wind or solar resources, the batteries may not always be practical.

If batteries are used, they should be located as close to the turbine, because it is difficult to transmit low-voltage on long distances.

They are an added expense and require specialized assistance from some civil engineers. In addition, dams increase the possibilities that environmental or maintenance problems arise.

Filters and water transport in case of some SHP

Before the water enters in a small hydro turbine, it is channeled through a series of components that provides flow control and filtering waste.These components include the inlet, antetank and carriers of water (the canal, pipeline or dam).

The inlet is a waterway that runs parallel to the water source. An inlet is sometimes necessary for hydropower systems when it doesn’t exist deficiency or vertical drops of water and if they are constructed of cement or masonry. The inlet leads to antetank, which is also made ​​of concrete or masonry. It works like a pond for large debris that would otherwise enter the system and could damage the turbine.

The antenatk water is powered through a grate that removes additional debris. The filtered water then goes through the controlled gates of the spillways into the water transporter, the guides the water directly to the turbine or wheel. These ducts, may be made ​​of plastic pipes, cement or steel, even wood. They are suspended above the ground by pillars of support and anchors.

Turbines, pumps and wheels of SHP

The SHP system needs a turbine, pump, or a wheel for turning energy produced by flowing water, in the rotation, which is then converted into electricity.

The turbines are usually used to power the Small Hydropower systems. The moving water strikes the turbine blades, similar as in the case of a wheel, thus turning the shaft. Turbines are more compact in terms of their energy production towards water wheels. Also shows a lower number of  speeds requires less material for construction.

There are two general types of turbines: impulse and reaction.

Pelton wheel uses the concept of jet power to create energy. Water is funneled into a pipe under pressure, with a narrow nozzle at one end. The water jet from the nozzle hits the double – hollowed buckets attached to the wheel. The impact of jet and curved buckets creates a force that rotates the wheel with a high degree of efficiency: 70% -90%. Pelton turbines are available in various sizes and work properly when low flows. 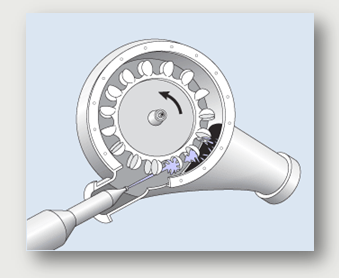 Turbo wheel based on impulse is an enhanced version of Pelton wheel. It uses the same concept jet, but with Turgo jet, which accounts for half the size of Pelton wheel type. It is tilted so that the water jet hits the three compartments at once. As a result, Turgo type wheel moves twice as fast. It is also less bulky, requires fewer tools and has a good reputation as reliable. Turbo wheel type can operate in low flow conditions, but requires a medium or high head.

Another option as a turbine is called Jack Rabbit (sometimes referred to as UW Aquair Submersible Hydro Generator). Jack Rabbit is a stream submersible turbine type, which can generate electricity at a flow of 13 cm of water. The maximum produced by a Jack Rabbit type turbine is 100 watts, so the average daily produced is 1.5 – 2.4 kilowatt / hour, depending on location.

Reaction based turbines are highly efficient and depend on pressure rather than speed, in order to produce energy. All the turbine blades based on reaction maintain constant contact with water. These turbines are often used on a large scale in hydropower locations.

Due to their complexity and high cost, reaction based turbines are not typically used for small hydro projects. But, as an exception, is the propeller turbine, presenting various models and operating more like a boat's propulsion system.

Propeller turbines  have three to six fixed blades set at different aligned angles. The bulb, the tubular and Kaplan tubular are variations of the propeller turbine. Kaplan turbine, being a propeller system extremely versatile, can be used for locations where small hydropower are used.

Conventional pumps can be used as substitutes for hydraulic turbines. If a pump action is reversed, it works like a turbine. Since the pumps are mass produced, they can be found more easily than turbines. Pumps are also less expensive. For adequate performance of a pump, a location where SHP are mounted must be pretty constant in flow . Pumps are also less efficient and more prone to damage.

The wheel is the oldest component system of the hydroelectric. Wheels powered by water are still available, but they are not very practical for electricity generation because of the slow speed and bulky structure.

The hydropower is used on a vast territory of Romania. Although most of the best locations for hydropower production have been developed, there are many locations with potential.