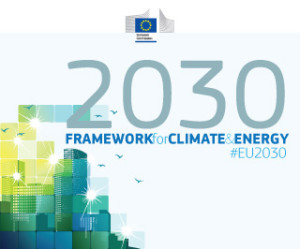 The European Commission will propose on January 22 , as 27 % of energy consumption in the European Union in 2030 to come from renewable sources, but this goal will not be mandatory, only indicative, writes the Financial Times.

British journalists expect the measure to have deeper dissatisfaction from the environmental organizations, and countries like Germany, who proposed to rely increasingly more on clean energy and abandon nuclear energy and the pollutant.

On the other hand, avoiding the imposition of a mandatory target price follows the increasingly higher energy that European consumers have to bear both population and industry, due to the huge cost to the environment.

In 2020, the European Commission imposed to achieve a binding of 20% of gross domestic renewable energy ,to increase energy efficiency by 20 % and reduce emissions of greenhouse gases increasing by 20%.

Thus the change of attitude of the European Commission, the obligation to suggestion, is seen as crucial.

This is especially true given that Germany, the main European economic power, campaigning for binding targets, while Britain, which heavily march on nuclear power, is a adept to indicative targets.

For 2030, the focus will be on technical measures for modernization of energy infrastructure for implementing smart meters and networks, and to improve the ability to trade electricity across borders.

Discussions on this issue at European level were influenced by concerns about the affordability of European consumers to pay subsidies for renewable energy in the EU, which generated high costs for industry and decreased competitiveness of European products, particularly in relation to the U.S.

The European Union has lost ground in this respect, in the context of shale gas boom in the United States led to lower utility prices over the ocean and caused a true American industrial renaissance. Gas prices fell by 66 % in the U.S. between 2005 and 2012, while the other side of the ocean, the price of gas to European markets increased by 35 % in the same period.

Worried for the competitiveness gap that is widening, European industrialists demanded a complete rethinking of European energy policy, calling for the reduction of subsidies. The companies lobbied against establishing a mandatory targets for 2030, arguing that such obligation will reduce the flexibility with which governments can decide how they will mitigate greenhouse gas emissions.

UK believes that a target covering rather than renewable reduction is sufficient to create a more environmentally friendly energy mix. Along with France, Italy, Germany, Holland and Spain, the British claim a reduction of at least 40 % of emissions in 2030 compared to 1990. Some Eastern European countries fear that this percentage is too high, so that the Commissioners industrial portfolio management, which require a 35% reduction in gas emissions.

Strong European companies such as E.ON, have campaigned against targets for renewables, while renewable infrastructure manufacturers such as Vestas, Alston or have lobbied for targets above 30 %.

Environmental groups argue that without binding targets, there would have never developed renewable technology and Greenpeace asked binding targets even 45%.

After the European Commission will come up with this proposal, on January 22, leaders of the 28 European countries will decide in March whether to impose or binding targets for 2030. ( National News Agency Agerpres )