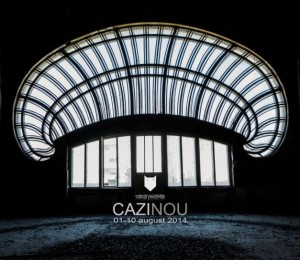 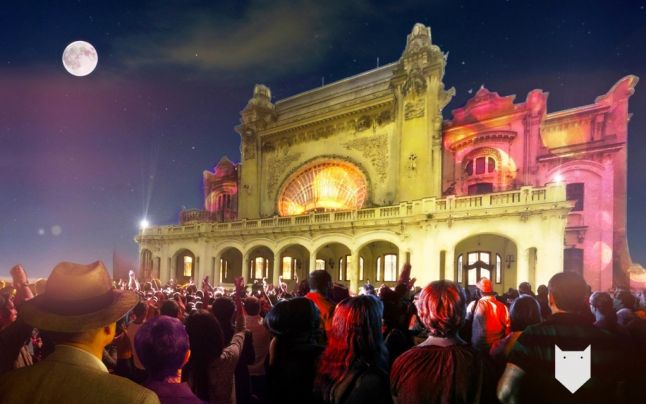 The building of Constanta symbol might again be available to the public through a special event is planned in the first decade of August.

Between 1 and 10 August, the Casino will be open daily to the public and will have an exceptional cultural program.

Durring the day, the casino will be open to visitors and will have workshops and activities for visitors of all ages.

The evening will be animated with jazz, pop music, film, theater, ballet, concerts of classical music and electronics. In those 10 days, visitors can browse through the interior of the Casino and will know the history and stories woven around it, through a number of alternative ways: screenings, art installations, and informative.

CAZINOU is the name of the project that will conquer the hearts of summer visitors. Idea and realization of belonging to a team of young architects, designers and artists who rise for a time, the brightness of heritage buildings.

"We want to exploit the architectural monument, its history and stories of the desire to reaffirm a symbol of Constanta and Romanian seaside. It is a bold initiative and an honor to be able to bring life to the building of national importance, "says architect Lorant Mihat (31 years), one of the founders of the team block. 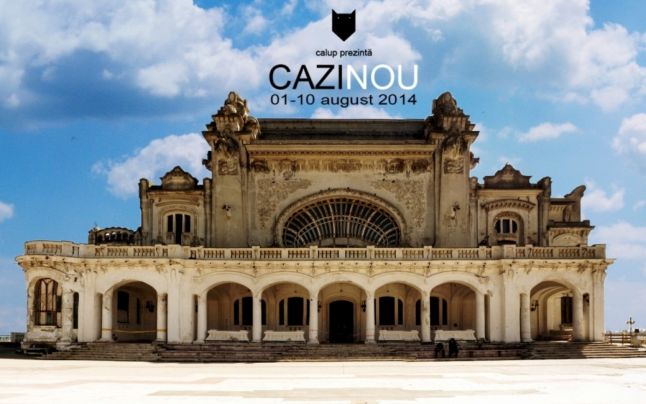 "We are open to proposals for cooperation, we want to involve the local scene much as possible," says Lorant. The project is born with City Hall is fundraising phase.

Calup is a urban regeneration project which are reactivated forgotten heritage areas in an attempt to bring them back on the cultural map of the city. In a surprising thought decor designers, hosting cultural spaces tailored to the history and personality of that property.

" Block name refers to the block of intervention that we apply every space they operate.

Whenever we find a home, we follow the same steps of the project: research, finding a concept of planning, implementation and phase sounding feedback from the public. Decorating solutions based on the analysis of urban space conversion opportunities, "says Cristiana Tăutu (28 years), European Cultural Studies graduate and member of the core block.

Responsible for documentation is Konrad Mihat (28 years), graduate of the Faculty of Theatre and Television, Babes -Bolyai University in Cluj- Napoca.

Each event acts as a platform for artists and designers, is designed to support the local cultural scene. Thus were born Dark Matters ( April 2013 ), Antumbra ( June 2013 ), Parallel Worlds ( October 2013) and New Year at Masaryk 25 ( December 2013 ), which are four successful intervention 's signature cake, made in buildings architecturally in the capital. 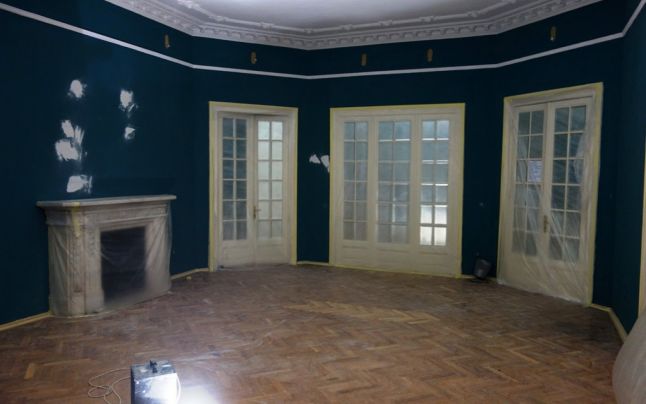 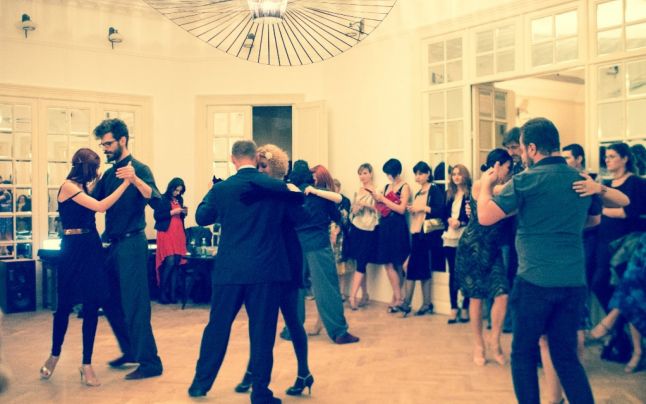 Parallel Worlds project – before and after the intervention Calup Photo daniel.vrabioiu.ro

The first exit, Constanta Casino is the first project that block it out outside Bucharest.

"Last year we spent much time in Constanta Casino and the subject was discussed naturally, as a conversation between friends. Thus was born an idea that excited us long enough to propose a project hall. Fortunately, this was accepted, probably because it's a time that seems to be required activation of the building, after so much time has been inactive "reports Cristiana.

Building status not scare the young organizers. Studied land on the ground and came to a happy conclusion. " There are some dangerous areas, we will ensure the preparation of the event in August. But mostly just requires cleaning and proper planning to be open to the public again, "they say. 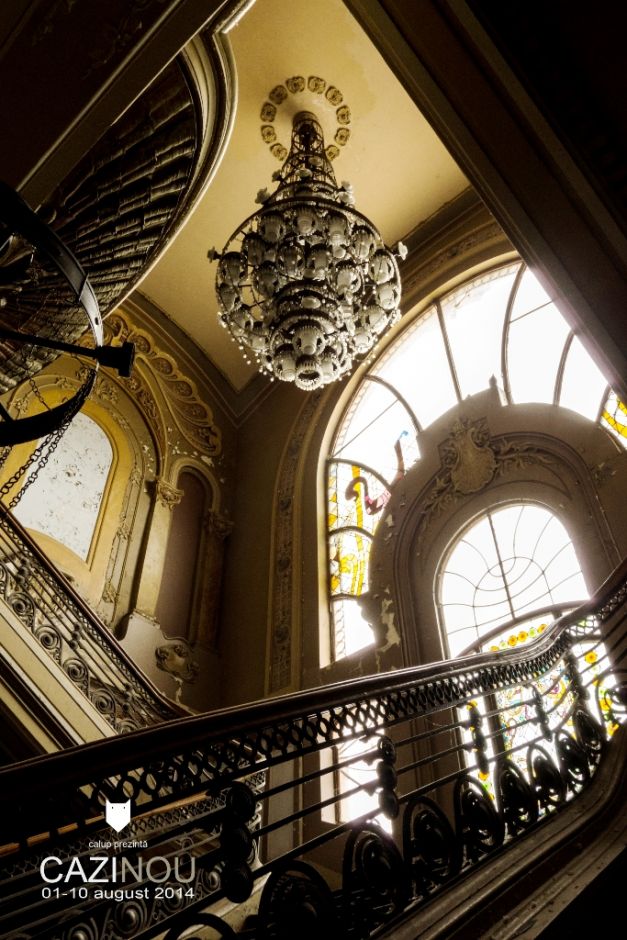 So there is a chance for resuscitation or temporary, Casino emblematic of the locals take pride. Heritage Monument continuously degrades eyes Constanta, much to their chagrin, they share all Romanians. Except those who should intervene and do not.

"We want to bring back attention to this building which may deteriorate if left unpopulated perpetual and is not a function. We try to set an example of good practice, but our intervention is one punctual.

We still hope to return soon in Casino refurbished and open to the public. We will illustrate examples worldwide where old buildings have lost their original function and have found a new role suited our world.

So our proposal aims to show the public another side of the Casino, which, despite the inherent degradation products of time and weather has a huge historical and cultural meaning. We believe that these iconic monuments be reintegrated into the economic and cultural circuit city " convinced young artists from Bucharest. 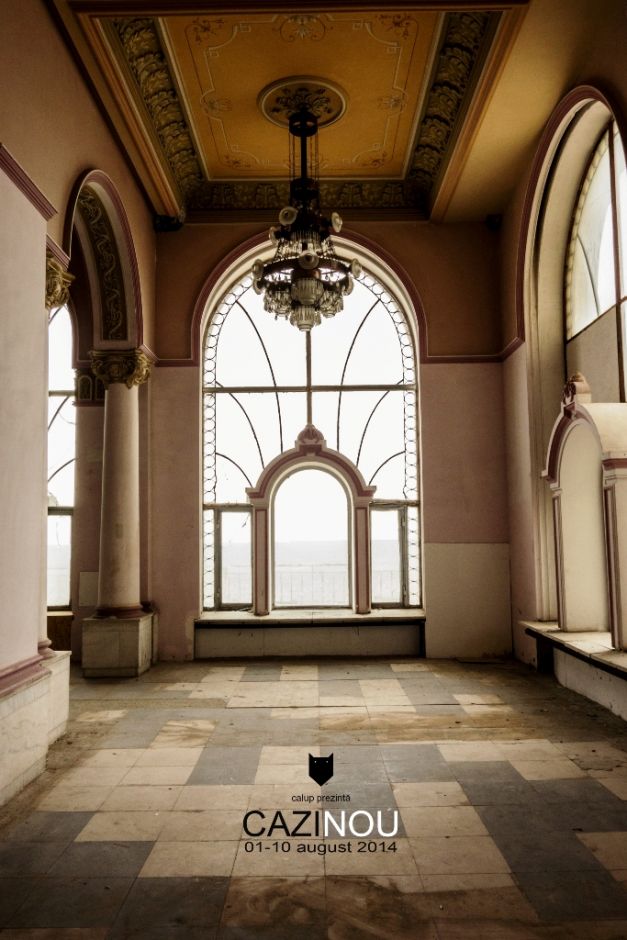 By August, they prepare to offer public casino experience "unique and sensual".

With modern technology and contemporary design, the impressive edifice will regain sea for a while, laidback atmosphere, magic and nostalgic scent that form its fascinating aura.

Who wants to be involved in this project hopeful can make contact one block.

Any hand can contribute to the size of the event. "Because we want to create a large scale event, the budget for our intervention is high, but there are different ways we can help.

Expecting anyone wants to get involved in any way in the project to write the e-mail: contact@calup.ro "is an invitation to creativity block. 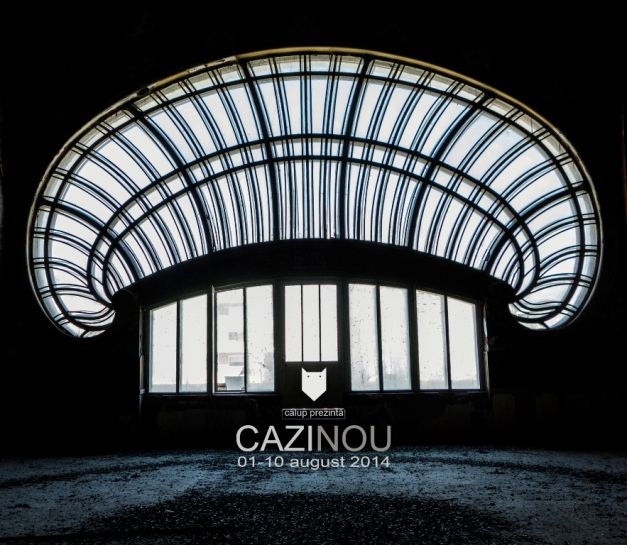