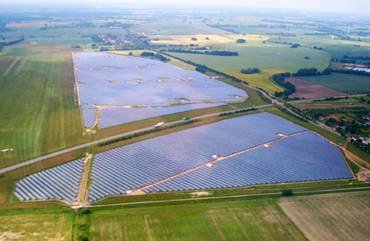 The Immersun unit monitors electricity generated from a domestic solar PV system, diverting power which might be exported back to the grid and to the customer’s immersion heater.

“The beauty of the immerSUN is it gives our installers an opportunity to revisit their customers with another really good proposition,” said Ed Webb, managing director of Metgen. “Despite the weather this year, PV installations have been outperforming forecast; to now offer them a low cost, and simple-to-install addition that makes the good seem even better, is an easy sell.

He added: “In fact the proposition is so good, we are now finding that installers are [adding] these on new installs as well – giving them a differentiator and better return on investment.”

Metgen said it had looked at a number of products, but the Immersun had come out on top.

“By using the existing immersion element there are no plumbing or cylinder issues, and through its ability to vary the power being delivered ensures it automatically directs only excess power to the hot water cylinder,” said Tim Roebuck, head of sales and marketing at Metgen. “Immersun then has the intelligence to rapidly identify if the electrical load from the house increases, for example [if] the washing machine is turned on, and then reduce the amount sent to heat water thus helping the homeowner maintain independence from the grid.”

He added: “In this way the Immersun demonstrates that an estimated payback of a fully installed unit could be as early as three years and certainly speeds up the overall return on investment for an installed PV investment.”