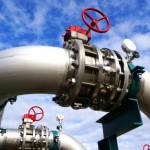 A report published by Citibank, a major international bank, has found that the future of shale gas in Europe is shrouded in uncertainties and the energy technology may not be as viable as had been previously claimed.

The same report found that renewables will cost the same as conventional fuels (including gas) in many parts of the world in the very near term. “The cost of renewables is falling fast,” it said.

The Citibank report, first published in September 2012, says that in Europe shale is likely to be particularly challenging to extract, leading to a higher than predicted level of uncertainty surrounding the industry’s future. “Even if shale gas resources are as large as initially reported, it is unknown to what extent shale gas will be recoverable in practice,” it said.

Poland – a country which rushed to develop its shale gas reserves in 2007 – proves this point, as “producers have so far failed to establish a viable shale gas industry, despite 112 exploration licences having been issued,” the report says.

“Outside the US, shale gas is likely to be more expensive to produce…because of [the US’s] well-developed natural gas infrastructure. The costs in Europe are expected to be particularly high, due to a combination of stringent environmental regulation and the lack of an incumbent natural gas industry in many of the countries that possess significant shale gas resources (Poland, Ukraine etc)”, added the report.

Meanwhile, although gas emits less carbon than coal or oil, it still produces significant quantities of CO2 and can therefore not contribute to a fully decarbonised power sector which is needed to meet the EU’s long term climate goals.

Not only that but there is strong social disquiet against the technology. An opinion poll published in the UK last year found that more than two-thirds of people would favour a community-owned wind turbine close to their home rather than a shale gas well.

Risks of shale gas include ground water contamination, water reserve depletion, drinking water contamination and air and noise emissions. Fittingly, Fatih Birol, IEA Chief Economist, has said that the shale gas industry needs to “earn and maintain its social license to operate.” Moreover, ‘fracking’ for shale gas has been banned in countries including France and Bulgaria.

Earlier this month, the Financial Times summed up the situation saying that “the jury is still out on whether the US shale gas revolution can be replicated in Europe,” and that “investors who took early positions in European shale gas explorers, during the initial euphoria at the prospects of quick profits, have been disappointed.”

The Citibank report also found that “renewables will reach cost parity with conventional fuels (including gas) in many parts of the world in the very near term”.

It explained “On the utility scale, wind power is already competitive with gas-fired power in many regions….Wind power LCOE is approaching the average wholesale electricity price in a number of large markets – including Italy, Spain, the UK and China – and has already attained parity in Brazil….

Wind power is also already competitive with gas-fired power for a broad range of capacity factors and natural gas prices”.