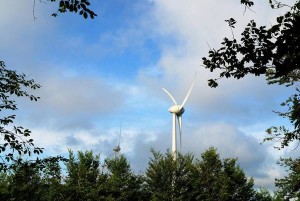 Among the renewable energy sources, wind power is definitely what is proving most successful, especially in some important areas of the continent. In fact, just think of the development that the sector has had in Spain and in the UK in recent months, in order to account for the success of wind energy compared to other energy sources, both conventional and renewable.

Taking into account the last three months, that is since last November, wind power plants in Spain have produced electricity by far superior to any other source of energy: in fact, the Spanish electricity network has announced that starting from "November 1, l ' wind technology has been at the top for the electrical system. The last time they were produced over six terawatt-hours of energy per month was in 2010 and was then succeeded with gas turbines. "

We talk about alternative energy, because they produce electricity from sources that are the real antagonist "green" coal and nuclear power, but the energy production of the wind industry provides this energy source, ie wind, to move from "alternative "a leader. In fact, staying in the Spanish case where it exceeds the 6 terawatt / h per month, just the wind itself as a primary source of energy.

But Spain does not stop here: in fact, EGP Espana, a subsidiary of Enel Green Power, has recently connected to the network state also the wind farm Agreda. In particular, this system is installed in the Autonomous Community of Castile and Leon (Spain). It boasts an installed power capacity of 18 MW, with potential output (guaranteed by the 12 turbines of 1.5 MW each) of at least 48 million kWh per year and reduce emissions of carbon monoxide of about 35 000 tons .

Spain can therefore count on a new wind turbine, which is in addition to another 450 MW installed by EGP in the same Autonomous Community and more than 1,850 MW total throughout the Iberian Peninsula.

The wind has been successful in Britain. In fact, the Evance, a manufacturer of small wind turbines, can claim a sales growth of over 200% per year. The same workforce the company has been able to benefit from the development of wind energy in the UK: an increase of the same labor force calculated in about 50% more than the installation of a turbine 1500esima. Now, the small company becomes large: there are plans to directly enter the Asian market and the Far East, with target Japan.

Were in fact carried out agreements with the Zephyr, but also a credit for sales in the U.S. directly. As confirmed by the CEO of Evance: "2012 was a particularly fruitful year for Evance: there are now more than 1,600 turbines installed. Our systems are installed for the supply of country houses, farms, small businesses in Cornwall and on the Shetland Islands, as well as al'estero.

" The CEO of Evance continues: "the increase in costs in the UK is further confirmation that the small wind turbines are a great investment for a sustainable future, and help customers to lock their energy costs and have energy security for the next 20 years. "

The tax measures and incentives for small wind power in the UK, according to the CEO of Advance, should take a cue from those Japanese, recognizing a wind energy resource unique and advantageous, as well as emerging within the range provided by renewable sources.