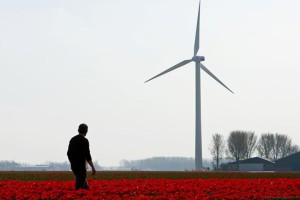 THE wind may be turning in the favour of building more wind farms to produce renewable energy in Australia.

In an online survey conducted by Essential Research, 76 per cent of respondents supported building wind farms in Australia to produce renewable energy.

The figures indicate high support across demographic groups and voters.

The research was conducted from May 30 to June 2 and is based on 1049 respondents.

Mr Bray, who is part of the not-for-profit organisation supporting wind energy, said the research was a reminder that the public overwhelmingly supported wind power, no matter which side of the political fence they were on.

“The research (also) shows that the public aren’t swallowing the misleading claims put around by anti-wind campaigners like the Waubra Foundation.

“Wind power is the most cost-effective source of large-scale renewable energy.

“We should be embracing it in Victoria to deliver jobs, investment and tangible economic benefits to regional areas like Ballarat.”

But Sarah Laurie, who heads the Waubra Foundation, an organisation examining the health effects of living near wind turbines, said there was a lack of research into the subject.

“There has been a long history of problems at Waubra, Cape Bridgewater and Leonard’s Hill,” Ms Laurie said. “I believe they need to be investigated.”

The data for this report was gathered from a weekly online omnibus conducted by Your Source, an Australian social and  market research company specialising in recruitment, field research, data gathering and data analysis.

An online survey on wind farms has 76 per cent of respondents saying more wind farms should be built in Australia. Do you agree?