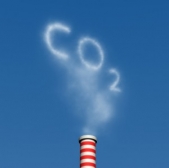 The European Union decided on Friday to freeze by 2020, 900 million tons of CO2 emissions representing shares in an attempt to save allowance trading system for CO2 emissions ( ETS ) announced the Lithuanian Presidency of the Council EU and European Commissioner for climate Action Connie Hedegaard, according to Agence France Presse .


The measure was approved by a majority of the representatives of EU member states in Brussels. Only Poland and Cyprus voted against, according to European sources. Alignment of Germany and Spain, still undecided about a month ago on the opportunity of such market measures allow decision.

Parliament approved the decision to freeze CO2 allowances to July 3 .

The measure will be taken once. This should help to restore the price of a tonne of CO2 between 8 and 12 euros, explained to AFP a source close to the case.

Ton of CO2 recovered Friday morning at 4.88 euros to the announcement of the decision of EU countries, but the price is still low.

" We expect a dramatic increase, but only to stabilize prices" he told French news agency interlocutor, indicating that the measures should help save ETS.

More choices remain to be examined, between permanent withdrawal of 2 billion tons of CO2 emission allowances representing that the ETS, although this solution causes disagreement among Member States. We are moving to establish a reserve quota, withdrawal from the market to avoid the accumulation of surplus and reinstatement to the sale in case of need , said the source mentioned .

European market for CO2 allowances recorded a surplus of 2 billion tonnes of CO2, a real treasure owned most polluting companies in the EU. About 8.5 billion tons of CO2 emission allowances representing to be sold by 2020.