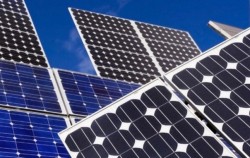 The generating Photovoltaic parks commissioned yesterday at 13.00 more than 500 MW of electricity, one of the biggest productions recorded in Romania photovoltaic energy, according to data on the state Transelectrica national energy system.

The solar parks have generated over 7% of the national electricity production. Recent statistics of SEPS shows that the highest value in May for PV energy production was 186 MW, recorded on May 7. In total, the national production of electricity was yesterday at 13.00, the 7232 MW, mostly from hydro sources.

Also, export – import balance is 943 MW for export. Statistics on 18 May of SEPS showed that our country has exported 804 MW, nearly four times more than the same day in 2013.