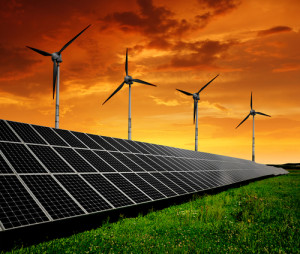 New target to increase the share of renewable energy to 27% by 2030 will have a major impact on Romania because, as a country, we have already reached the target for energy from renewable sources assumed for 2020 and 24% of consumption, on Friday said for Green Report, Ciprian Glodean, president and founding member of the Romanian Photovoltaic Industry Association (RPIA).

The agreement result is a bit dissapointing, as the initial proposed target was 30%. For Romania will not have a major impact because we already we have reached our target for 2020 and the new target set we could reach even 2020 or even earlier. In the circumstances I do not think that the Romanian state will have an incentive to support the development of this sector, "said President RPIA.

European Union reached an agreement Friday on climate plan that provides for a reduction of at least 40% of its emissions of greenhouse gases by 2030, increasing the share of renewables to 27% of consumption and energy savings of 27% last goal not being compulsory.

Agreement! Reduction of at least 40% by 2030. The European Council agreement on an energy policy and climate is the  most ambitious in the world, "wrote Herman Van Rompuy, on his Twitter page.

The European Commission initially proposed for 2030 compared to 1990, reducing greenhouse gas emissions by 40%, increasing the share of renewable energy to at least 27% and increase energy efficiency by 30%.