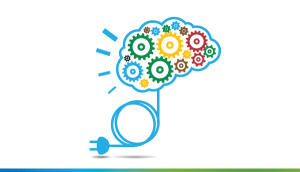 Its role is very important for a functional market on commercial principles, is to harmonize the relationship between producers, transporters, distributors and end consumers of energy.

Uniform European legislation led to the creation of a free market in electricity, which completely transformed the old monopolist energy sector. Today the energy market in Romania are about 200 electricity suppliers including 22 with market shares above 1%, which demonstrates that the degree of competition is quite high.

Electricity suppliers activity is dictated by competition, resulting in price languishing offered by suppliers, customers on the open market. Energy prices, which currently is the difference between providers.

Who has the lowest price, consumers get the most or the most important. A primary role of marketing departments of the electricity supply companies will be to focus on related services, not only on prices, and to ensure good relations with customers.

According to legal provisions each supplier has the opportunity to buy electricity on the electricity market (OPCOM) or conclude bilateral agreements with producers of electricity for its sale directly to the end customer.

In 2006 was established in Romania, the Association of Electricity Suppliers (AFEER), an NGO which started with a portfolio of 44 active providers of energy, of which 23 Romanian companies, 21 foreign companies, four owned by state and 40 private. The Association aims to be the "voice" of energy providers, public or private companies supplying electricity to over 8 million consumers.