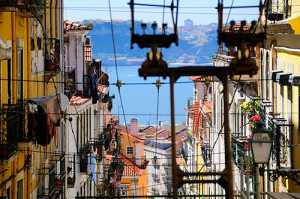 Portugal: best known for Cristiano Ronaldo, peri-peri chicken, and for the more indulgent among us, custard tarts. In recent months however, The Gentle Land has proven it has far more to offer than preening footballers and party snacks.

After some favourable weather at the start of the year, Portugal joined this ever expanding list of countries producing more than 60% of their electricity from renewable sources. A round of applause for our Iberian friends, if you please – they managed 70% for three months straight!

Before we take a look at the other countries who’ve joined the 60% club, see if you can guess how many there’ll be, and who’s at the top of the league. No cheating!

Ok, scroll down to see how you got on… 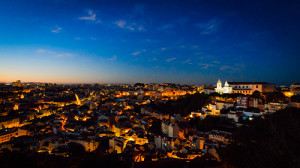 The 60% club: bigger than you think

At the time of writing, there’s 45 countries in the 60% club. Sitting proud at the top of the pile is Albania, which produces a clean 100% of its electricity with renewable sources. Admittedly this is all through controversial hydroelectric power, but it’s clear proof that incredible results can be gained from renewable energy sources.

These guys are also hoping to create 100,000 ‘green collar’ jobs by 2020 which is pretty impressive in our book, especially when considering the numerous political difficulties the country has faced in recent years. 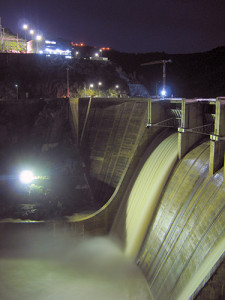 The range of countries on the list is a real eye opener.

Through harnessing the natural power of their volcanoes, Iceland has also reached the 100% mark, and Norway (97%), Austria (74%) and Georgia (85%) aren’t doing too shabbily either.

Further afield, Brazil (89%), New Zealand (73%) and Uruguay (62%) are flying the green flag and showing that, especially in New Zealand’s case, high consumption and renewable energy can exist hand in hand.

Are we there yet?

And after the impressive work of other countries, you’re probably wondering how our fair isle is getting along.

We’re on 11%, if you’re asking. Not bad, but still a long way to go before we can cosy up with our Iberian friends in the 60% club.

Let’s not get downhearted though: this 11% is growing all the time as we wake up to the potential of renewable energy, and last year’s increase was a whopping 39%.

Want to speed things up? Why not look into contributing or investing in a renewable energy project yourself? Our Solar Schools programme lets anyone sponsor a school’s solar roof from just £5. Or if you’re looking for something bigger, why not help power Swansea bay with an investment in their tidal lagoon?

Let’s club together, play our part and prove to the world that we’re more than a nation of fish and chips and an underachieving football team!