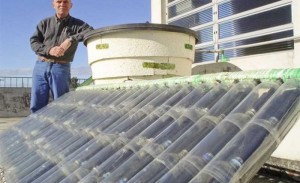 Solar panels are becoming a more visible presence in the context of greater increasingly care for the environment, but also of concern to save money by clever ecological solutions.

Over 13 years ago, a retired Brazilian invention, Jose Alano, was holding the front page of publications dedicated to ecology: the mechanic former managed to build a solar panel from plastic bottles.

Soon, tens of thousands of homes in Brazil would benefit from his invention Alano, thanks to government, but also of private companies and NGOs. In some localities, local councilors have decided to use this type of solar thermal energy required for the administrative institutions.

The idea came after he woke up with a yard full of plastic bottles and milk cans that he collect in the desire to recycle. Using his knowledge basics of thermal solar systems, he and his wife built an alternative panel using 100 plastic bottles and 100 cans of milk.

The invention immediately attracted attention and the mechanic began winning prizes from magazines and ecological organizations. Although it's patented, Alano decided to allow anyone to use the invention for non-profit, hence the explosion of alternative solar panels all over Brazil.

So how does this type of solar panel from Bottles works ? Basically, the pensioner is using the same technology present in many thermal solar systems, namely thermosiphonic. It is a gravitational heating system based on water flow by the density difference – warm water is less dense and rises, while cold water, denser and heavier, descends. According to calculations made by Alamo Elementary, the need to heat water to a single person requires a panel area of only one square meter.

Specifically, Alamo used a barrel on post of a cold water tank that that feeds the Bottles panel. Water is heated by sunlight and then climb to the top where the shower pipes are connected. Cartons and PVC pipes through which water circulates were Treated  in black to attract heat.

The panel must be at a difference of at least 30 centimeters from the base of the water tank, as shown in the diagram below. Alamo recommend changing plastic bottles every 5 years because they become opaque. 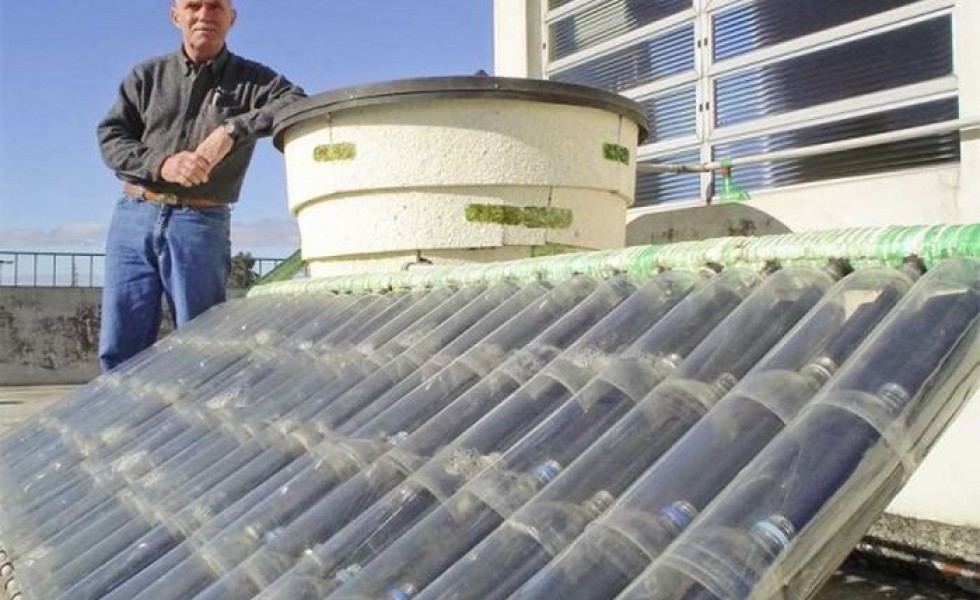 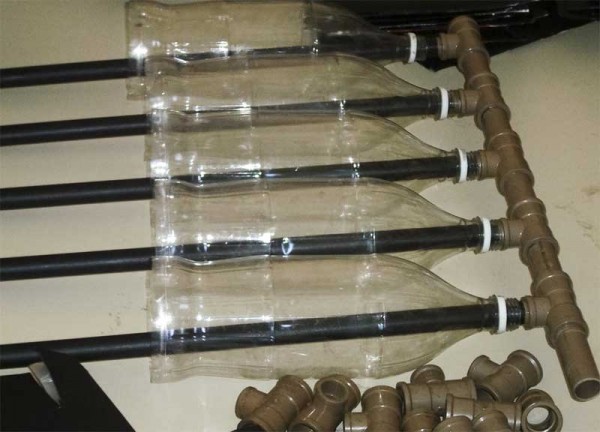