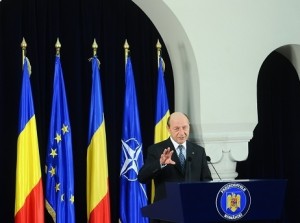 Chamber of Deputies rejected Tuesday the request for review by president Traian Băsescu to the emergency ordinance on renewable energy.

Consequently, maintaining the original project adopted by Parliament, the Chamber of Deputies for the decision. According to Tuesday, 215 politicians voted to reject the request for review, 57 were against and 19 abstentions were.

Basescu has sent back to Parliament emergency ordinance on renewable energy, arguing that it had notified the European Commission of changes for granting green certificates scheme.

The president " believes that the approval of the Government Emergency Ordinance no. 57/2013, up from its obligations under the Treaty on the Functioning of the European Union, Romania is inappropriate and exposes violations of referrals prior to the constituent treaties of the European Union, "reads the statement.

PSD deputy Iulian Iancu said that the government has taken such action since August 2013. Furthermore, the Competition Council recommended that notification be resumed ' after the adoption by Parliament of the Law on the approval of GEO nr.57/2013, as promulgated ".

Moreover, as was not enough the first decision, the government decided to postpone the July 1 award a portion of green certificates to investors in small hydro, wind and photovoltaic measure will be valid until March 2017 hydro and solar and wind power by 2018.

Decision of thr Guven is that the wind energy producers to receive, from 1 January 2014, only 1.5 green certificates for each MWh of energy supplied to consumers would drastically reduce investment in this sector. Some companies, such as Electrica SA, have announced that they could cancel any investment if the law is adopted.