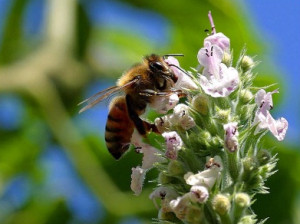 As the crucial role of bees as pollinators of the world’s food supply is increasingly becoming common knowledge, reports about the serious decline of honeybee populations in Europe and the USA have alarmed governments, the private sector and the general public.

A similar decline in Africa and Asia has the potential to further threaten the world’s biodiversity, in addition to compromising the food security and livelihoods of millions of rural resource-poor farmers, as well as having negative impacts on the agricultural income of commercial farmers.

Renowned scientists from around the world came together to give an overview of beekeeping and bee mortality in Europe, Africa, Asia and the Americas, and assess key needs and actions to protect bees around the world.

Apart from the honey they produce, bees are vitally important pollinators of fruit and vegetable crops. It is estimated that pollinators, especially bees, are responsible for about one in three bites of the food we eat.

For much of the last ten years, beekeepers, primarily in the United States and Europe, have been reporting annual hive losses of 30 percent or higher, which is substantially more than is considered normal or sustainable. Many bee species and other pollinating insects have experienced a sharp decline in numbers, raising major concerns about the impacts on food supplies and environmental health.

“The increase in honeybee mortality is a puzzle,” said researcher Dennis vanEngelsdorp, an entomologist from the University of Maryland. “We know that it involves the parasitic varroa mite, we know it is a result of poor bee nutrition, and there is increasing evidence (in the US) that more and more land in the Midwest is being ploughed under by corn and soybean, with increased exposure to pesticides – so we think it is a multi factorial process.”

Other factors being blamed for the decline include climate change and drought, less biodiverse forage for bees, lack of genetic diversity and danger from alien species.

“If we want to continue to produce fruits and vegetables in industrialised countries,” continued vanEngelsdorp, “we need to have a viable and sustainable pollination service, and that is largely provided through the honeybee industry.”

The International Centre of Insect Physiology and Ecology (icipe), based in Kenya, conducts research on African insect problems associated with food and health. “As forests are cleared for agricultural production and bees are exposed to pesticides, beekeepers have reported a decline in bee numbers,” said Principal Scientist, Dr Baldwyn Torto. “This is reflected in the fact that Kenya, which once had a rich supply of indigenous honey, is now a honey importer.”

Over the past two years, icipe has collaborated with researchers from Penn State University to assess the situation. “We discovered that some of the diseases that have been found in European bees are now present in Kenya, and this is a cause for alarm,” said Torto.

“We have to find out if this is beyond Kenya and into other African countries,” he said.

In early June, the EU announced that it would invest € 13.1 million in bee health, to improve food security and protect biodiversity in Africa. This includes an agreement with the African Union–InterAfrican Bureau for Animal Resources (AU-IBAR) and icipe to establish an African reference laboratory (ARL) for research and capacity building on bee health at icipe’s headquarters in Nairobi, and at four bee health satellite stations in Burkina Faso, Cameroon, Ethiopia and Liberia.

This support is provided under the Food Security Thematic Programme budget line, which addresses research, technology transfer and innovation to enhance food security. The funds will facilitate the supply of equipment and refurbishing of facilities, capacity building and provision of expertise for the ARL and the satellite stations.

“We will look at pesticide residues, diseases, pests and viruses, and will develop capacities at all levels, from beekeepers through to policy decision makers, in various parts of Africa,” said Torto.

The findings will guide the incorporation of strategies, harmonised procedures and legislation on bee health into national development agendas across the continent, and contribute in working towards a pan-African framework on bee health.

“We have to do this now, before it is too late,” stressed Torto.

Similar research is being done at Chiang Mai University in Northern Thailand, where Dr Pannuwan Chantawannakul has been researching bee diseases for nearly ten years. 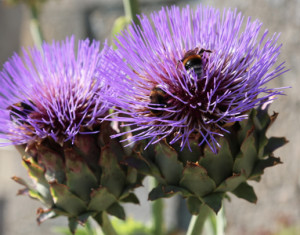 According to her, in Thailand there are at least five honeybee species: three wild bee and two domesticated types. Of the latter, the introduced European honeybees have suffered a 10% loss, and in the infested colonies, many viruses were found.

“The wild bees abscond and change their hives every year so it is hard to quantify losses, but through talking with the locals, I can say that wild bees are in great decline, due to climate change, deforestation, agriculture extension and human population pressure,” she said.

The Thai Government supports beekeepers by providing agricultural extension courses, particularly about how to manage disease, and to educate them on the dangers of using chemical materials in their hives. Dr Chantawannakul’s team is experimenting with natural alternatives to combat disease, made from lemongrass oil.

“The challenge to bee research is that we need more input in science and innovation,” she said.

She pointed out that beekeepers need economic incentives to continue their work. “The bee scientists have to be more innovative to use products in an unconventional way,” she said. To this end, Chiang Mai University is testing the spinning of nanofibre with propolis for use in a high-end technology.

“This has never been done before,” she added.

He said that “a multi-pronged solution” is needed for “the multi-pronged problem” of bee decline, which he said would need to include the following three major elements:

“There needs to be more bee forage in the environment: a certain percentage of agricultural land needs to be put aside to the production of bee forage. At home, make meadows and not lawns!

“We need to reconsider pesticide use practices and labeling: for instance, fungicide is not considered a problem for bees – they can swim in it, but the effects are seen in the next generation, and those are sublethal. We have to reconsider how we label and assess the risk of pesticides.

“In the US, all the corn and all the soybeans are treated with neonicotinoid pesticides: these are good pesticides in that they require a lot less active ingredient per hectare than traditional spray pesticides, but do we really need to have every single corn seed treated with this product? We need to reconsider our policy there,” he said.

The EC has placed a two-year ban on three types of neonicotinoids, a class of pesticides suspected of playing a role in colony collapse disorder (CCD), which will come into effect in December. This decision is a response to the European Food Safety Authority’s (EFSA) scientific report, which builds on bee health programmes such as EC supported BEEDOC, STEP and others.

But the interest and support shown now by global decision makers towards protecting the pollinators is seen by many long-term lobbyists as “too little, too late”, with allegations that governments may have seriously under-calculated the risks to biodiversity and global food security associated with apian atrophy.

“In Africa, none of us imagined that the bees could die out,” said Dr Torto, “But I’m excited that we are now in the position to try to prevent that from happening.”

Watch the full interviews by Baldwyn Torto, Dennis vanEngelsdorp and Panuwan Chantawannakul in the Public Group for the Environment, Climate Change and Green Economy.

This collaborative piece was drafted with input from Suresh Kumar Raina (icipe), Thierry Lucas, Thierry Dudermel and Steven Wathome, with support from the capacity4dev.eu Coordination Team.

DISCLAIMER: This information is provided in the interests of knowledge sharing and capacity development and should not be interpreted as the official view of the European Commission.