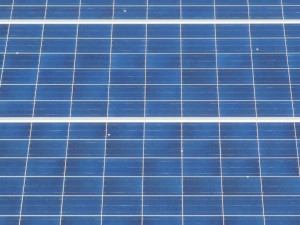 Among the 100,000 or so U.S. drivers with plug-in electric cars, it’s widely noted that a lot of them charge their cars using photovoltaic solar arrays.

But which comes first, using solar power or buying an electric car?

Remember that environmental concerns are just one of several reasons to buy an electric car.

Thus far, we’ve not seen any surveys that address which comes first, the plug-in car or the solar panels (hint, hint).

But we do have a few data points showing the crossover between electric-car ownership and having solar power on your house.

One set of figures comes from the California Center for Sustainable Energy.

That entity processes the state’s rebates for both its solar incentives and the Air Resources Board purchase incentives for plug-in cars through its clean fuels program. So CCSE has both data points.

It first published data on solar installations in a February 2012 survey of 1,419 plug-in electric car owners–when California had just 12,000 plug-in cars on its roads.

Of those, a remarkable 39 percent then currently owned a solar photovoltaic system. Moreover, a further 17 percent were seriously considering a solar installation within the next year.

The vast majority of survey respondents were then Nissan Leaf drivers, meaning the survey was not limited to owners of $109,000 Tesla Roadsters.

The number of plug-ins on California roads is higher now, and CCSE is continuing to survey owners.

Unfortunately, a May 2013 update to the plug-in owner survey did not include new numbers on solar photovoltaic installations.

A second data point comes from BMW, in a survey of the drivers who participated in its first electric-car test program, in which a few hundred MINI E converted minicars were leased to drivers both in California and in New York and New Jersey–meaning the data comes from both coasts.

A slide deck presented in April by Peter Dempster of the BMW Technology Office in Mountain View, California, says on page 19:

“More than 30% of BMW EV customers invested in residential solar.” 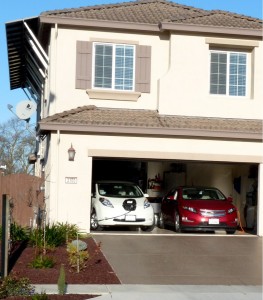 So from early data, it appears that electric-car owners are far more likely to have photovoltaic solar panels to generate power than the average U.S. household.

In fact, residential solar is dropping as a percentage of total installed solar generating capacity, as large utility projects start to come online.

The results are skewed to California, of course, but then so are electric-car deliveries. The state is expected to buy as many plug-in electric cars as the next five states combined.

So, tell us: Which comes first, installing solar panels on your home or buying an electric car?

Does buying an electric car lead to the desire for photovoltaic solar panels?

Are California electric-car drivers fundamentally different from those in other states?

And are the next 100,000 electric-car buyers equally likely to have solar panels installed on their homes as the earliest pioneers?

EDITOR’S NOTE: Our thanks to the members of the BMW ActiveE owners group and other electric-car advocates who helped point us toward much of this data.