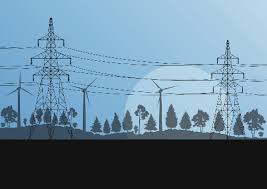 New Hampshire, USA – Renewable energy technologies are taking off and costs are dropping each year, so what’s holding the industry back?

A new report called America’s Power Plan suggests that the real culprits are outdated utility business models — rewarding utilities for building and maintaining fossil-fuel plants is dragging the industry down.

The report suggests several policy shifts that can help the problem, such as increasing renewable energy requirements and abandoning “rate of return” as a basis for utility profit. Former U.S. Secretary of Energy Stephen Chu believes that utilities should own, install and maintain residential solar and storage systems and continue to sell power as they do now — just as phone companies previously owned entire telephone systems from the telephone lines down to your home phone.

What do you think the future utility business model will look like?

We want to hear your opinion, too! Share your thoughts in the comments below.

There are a multitude of factors today that deter the development of utility-scale renewable energy projects, including a lack of reliable energy storage technologies, high initial capital costs and perceived technology performance uncertainty. However, one of the most pressing obstacles to the development of utility-scale renewable energy is the lack of appropriate transmission infrastructure to support these projects.

Several issues contribute to the shortage of available transmission for renewable energy. These include 1) the need for new transmission corridors to serve remote sites, and 2) the need for extensive environmental impact assessments that often take several years to complete.

Some of the best land for renewable energy development is located far from demand centers and existing distribution networks, therefore the construction of these transmission lines is a huge undertaking. It requires investment for the construction of thousands of miles of power lines in multiple jurisdictions, such as Bureau of Land Management, state and local governments. In addition, many of the existing transmission systems that exist today require reconductoring and, in some cases, a complete overhaul in order to handle the power generated from renewable sources.

These factors serve to create a bottleneck in the development of renewable energy projects as they lead to delays in project financing, licensing and permitting, and the receipt of power purchase agreements for the output of these projects.

Kevin Wedman has over 25 years of building and safety experience for both jurisdictions and public agencies.  He is currently the vice president of power and utilities for Bureau Veritas North America in Sacramento, Calif.

Most of today’s commercially available renewable energy technologies are subject to the whims of nature: sunshine intensity fluctuates and wind strength and direction is difficult to predict. Storing renewable energy often is not feasible — kinetic storage like hydroelectric pumped storage is rarely close by the renewable source — making the supply less controllable than fossil fuels.

Electric utility companies are using dated models to predict demand that assume peak usage at certain times of day. Technology advances are increasing the use of electric vehicles and information-communication technologies, such as wireless networks used to access cloud services, which means electricity consumption in the future will be far different from the traditional load shape we have seen in the last 50 years. More importantly, those models do not adequately consider input from renewable resources, preventing grid companies from including them into the supply mix.

Increased adoption of smart meters creates a wealth of new data that can be collected and analyzed to identify true usage patterns, more accurately forecast demand, and optimize supply. This includes input from renewable resources, and how they can be incorporated in the future. My own experience in demand forecasting in the UK suggests that smart meters combined with demographic data give us a much sharper picture of energy consumers of tomorrow.

Computing advances provide capability to simulate and model a wide range of plausible futures. The resolution rests on regulators, utility companies and others to recognize the need for our energy models to adapt, with smarter logic and comprehensive scenario planning. It is then that we will be able to visualize the proper role of renewable technologies in the energy mix, both now and in the long run.

George Danner has 29 years of experience in corporate strategy across multiple industries. At Business Laboratory, he utilizes simulation modeling to improve organizational performance through problem solving, optimization and advanced forecasting. George holds a bachelor’s degree in mechanical engineering from Texas A&M University and a master’s degree in management from MIT.

The price of photovoltaic (PV) solar panels has been falling at exponential rates for decades. Like many technologies, the more units sold, the lower the cost. Today there is a new solar installation every four minutes in America, compared to every 80 minutes just seven years ago. The result? Solar PV modules now sell for less than $1 USD per watt, which is more than a 100 fold decrease compared to 1975.

However, other costs now dominate the price equation. These “balance of system” costs include the cost of the inverter and electrical system, mechanical racking, installation, and permitting. The good news for utility-scale projects is that these system costs can be at least three times less expensive for large installations. A solar inverter for a home, for example, may cost more than 60 cents per watt, whereas a utility buying megawatt-size solar inverters could pay less than 20 cents per watt.

At utility scale power levels, these economies of scale have finally driven down the cost of solar to the point of price parity with natural gas generation.

In September 2013, David Eves, CEO of an Xcel subsidiary, shared with the Denver Business Journal how, “this is the first time that we’ve seen, purely on a price basis, that the solar projects made the cut — without considering carbon costs or the need to comply with a renewable energy standard — strictly on an economic basis.” Xcel recently proposed adding 170 megawatts of solar, 450 megawatts of wind, and 317 megawatts of natural gas electricity in Colorado, noting that solar and wind would be the most cost-effective resources.

Brian MacCleery is the principal product manager for clean energy technology at National Instruments where he leads design tool development initiatives for advanced FPGA-based control and simulation applications. MacCleery’s mission is to accelerate the design, prototyping and commercial deployment of smart, grid tied power inverters and other clean energy technologies