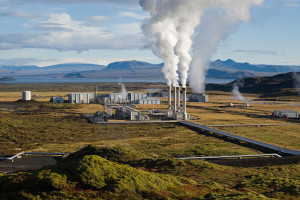 A new report by the Geothermal Energy Association has shown that the global market for geothermal energy is continuing to grow. It identifies seventy countries that are moving forward with new geothermal energy projects, with almost 700 projects noted in total.

The statistics suggest that geothermal power is starting to grow in importance as individual countries wake up to the environmental and economic benefits that it can offer. Only a year or two ago, many of these identified products were simply ideas being developed and today they are being rapidly progressed into reality, showing the speed at which the industry is growing on a national scale.

The report also highlighted a number of interesting facts. For example, by the end of this year the global geothermal sector is anticipated to be generating an incredible 12,000 MW of online capacity. There are also 11,766 MW of additional capacity in construction, or in early development, in seventy territories and countries across the world. Developers are also looking into ways of developing an additional 27 GW of geothermal resource across the world that could potentially become the power plants of the next ten years.

Some of the first Enhanced Geothermal Systems came online this year, providing electricity to the national grids of the USA and Australia. Other countries such as France, Chile, Uganda, Rwanda and Tanzania also have geothermal power projects in development and expect to have their first power plants operational in the next few years.

Kenya has been highlighted as one of the world’s fastest-growing geothermal markets and a potential centre for the technology in Africa over the next decade. Indonesia is also investing heavily in the technology, with an anticipated 2 GW of capacity expected to be installed by 2018. Indonesia is particularly interesting as it has vast potential for this type of power, although it has struggled recently with regulatory issues and planning.

Costa Rica is also highlighted, with vast natural resources available in its national parks, as well as Japan, particularly in the wake of the 2012 nuclear disaster at Fukishima. The Japanese government is now looking at safer and cleaner alternatives to nuclear energy and is rapidly deregulating the geothermal market to facilitate its growth and accelerate development within the country.

As the world’s middle classes grow, it will be natural that the developing economies want affordable, reliable and accessible energy. And governments are committed to reducing carbon emissions whilst managing growth. Geothermal power will represent a vital means of achieving both goals and supporting the global green energy initiatives of the future.