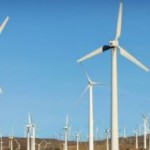 After years in a row was the star of the Romanian economy, investors in green energy now beginning to abandon projects developed locally. Reason: modification of the support scheme for green energy.

Monsson Group, the largest developer of wind field in Romania, with a project portfolio of over 2,400 MW, announced today that it has decided, together with the project partners, dismantling the Târguşor CEE wind turbines, 27 MW in Constanta County .

Decision of the two companies was taken following legal regulations adopted by the Government in the past two years and the uncertainty of the market for renewable energy.

"Unfortunately, major changes renewables legislation does not allow the project to further economic parameters within the initial estimate becoming unfeasible in financial terms. Thus, it was decided the dismantling of wind turbines," said in a statement, Sebastian Enache, Business Development Manager from Monsson Group.

The company notes that while renewable energy in Europe is high on the agenda of governments, in Romania, it has been left behind.

"We are thus in the position totally undesirable to be generators of new awards in Romania – namely to dismantle the first wind turbines because of unfavorable economic context. In these market conditions, Monsson Group analyzes the decision of redirecting the capital investments in other countries in the European Union and beyond, "says Sebastian Enache.

Monsson Group, owned by the Muntmark family will remove the EEC Târguşor wind turbines, but will keep the infrastructure intact of wind farm and substation, a decision on the future investment will be made within months. Târguşor wind park has a total capacity of 27 MW and was installed in 2012 but was never put into operation amid unfavorable legislative framework in the field of investments.

Monsson Group has invested in Romania over 200 million euro in the construction and operation of wind farms and photovoltaic. Currently, Monsson Group operates in 20 countries on four continents. The group's owner, Emanuel Muntmark with his wife, Maria, and son Andrew, has developed an important business with windmills in Dobrogea, Monsson Group goes from CEZ to sell the largest onshore wind farm in Europe, 600 MW.

Emanuel and his family Muntmark are 128 ranks in the top 300 richest Romanian with an estimated fortune of 46-48 million euro.

Earlier last month, industry associations representants said in a statement that the maintenance of its green certificates at a very low level for the third consecutive year is a death blow to many of the producers of energy from renewable sources in Romania.

This quota benefiting from green certificate promotion system was established by the National Energy Regulatory Authority – ANRE, at 12.15% from 17% as originally established in Law 220, under which all producers have made business plans. Keeping a very low rate for the third year in a row is a blow for many of renewable energy producers, "reads the joint communiqué issued by the five associations in early July.

Representatives of the renewables industry associations indicate that in recent months have been faced with a situation without precedent: On the Green Certificates Market – PCV has not been traded any green certificate last two trading sessions and argue that the main cause of this situation is the reduction of the annual quota compulsory electricity produced from renewable energy sources, benefiting from green certificate promotion system.

'The situation is alarming. Reducing the share in 2014 and 2015 and still maintaining its low at 12.15 % as against 17 % was established in Law 220, generates a huge surplus of green certificates that are today just worthless paper. This decision, coupled with 12 months validity of green certificates and green certificates at the time the tax and not the actual time of sale means imminent bankruptcy for most of the small and medium producers.

Patres has rung alarm bells about the lack of transactions with green certificates on PCV, a very serious situation for much of investors in renewables, "said Viorel Lefter, President of the Employers' Federation of Renewable Energy Producers in Romania – PATRES.

In turn, Catalina Dragomir, president of the Romanian Association for Wind Energy (RWEA) mentions that ANRE's decision to ignore signals from the market and to maintain a level of quota far below the economic needs of renewable energy producers' sets a precedent I am convinced dangerous effect of which was not properly assessed. "

Bogdan Popa, president of Romanian Small Hydropower Association (ESHA) believes that reducing the mandatory quota of renewable energy is an  another blow to a dying industry.

'For the small hydro electricity producers benefiting from green certificate support program, reducing the mandatory quota of renewable energy by ANRE would equate with a new blow to an industry dying anyway, since it adds other serious attack published by the authorities in the past two years.

Among them we can not remember: post tax applied without implementing rules, rents outside the village are lik in the center of Bucharest, charges exorbitant for water that is not consumed, but only used by turbinare, which is not affected by anything 'said Popa.

In turn, President of Romanian Photovoltaic Industry Association (RPIA), Ciprian Glodeanu argues that in order to truly rebalance the renewable energy sector in Romania is 'imperative' compulsory that annual rate to increase in order to keep the market predictable, stable and functional.

'Only by increasing this quota will be no energy rebalancing market and avoid deepening losses incurred by renewable energy producers, especially small producers, "said Ciprian Glodeanu.

And Papagiorgiadis Ilias, President of ARBIO, supports the need to substantially increase the annual quota announced by ANRE, 'to close the existing hole today between supply and demand certificates'.

'In the circumstances, the renewable energy sector associations, representing the interests of producers calls imperiously, at the eleventh hour, the authorities to start a real process of consultation leading to decisions setting fair and equitable and predictable market for all market participants.

Renewables sector associations claim a identification point of steady rate that is tolerable for the end consumer, but at the same time not to push the investments already made in the field ( worth over 7 billion ) to certain bankruptcy 'is the press release.

They have produced 12.04 TWh decreaseing with almost 10% of the total energy produced in January-June 2014.

A significant contribution to overall output growth rebounded to wind farms, which produced 3.04 TWh in first half, almost 26% more than in January-June 2014 period.

Last year, wind farms have recorded a gross energy production of 6.2 TWh, about 32% more than in 2013 and five times more than in 2011, according to data centralized by Transelectrica, submitted CAPITAL magazine.

Last fall, the environment minister at the time Korodi declare at the Ministerial Conference held in Vienna Central European Initiative, that Romania ranks 10th in the world in the potential of renewables, and in the next 20 years will enter in the economy 4.5 billion euros from operating wind farms.

"In 2012, almost 23% of gross energy consumption of our country came from renewable sources. Increasing the share of green energy supplied in the national experienced a spectacular evolution year by year so that at the end of 2013, the share of renewables in electricity consumption reached 40%.

Beyond this potential Romania has found solutions for investors establishing a national support scheme, which generated the rapid development of this sector,  "said Korodi.