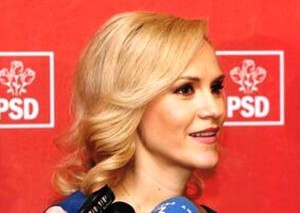 PSD Senators Gabriela Firea, Nicolae Moga and Darius Vâlcov developed a draft amendment to the law on support for renewable energy production, according to which the maximum value of green certificates granted as a subsidy to investors in green generation capacity would be reduced by over 45 %, from 55 euros to 30 euros.

Thus, according to the draft, the maximum value of green certificates trading would be 30 euros from 55 euros now.

Legislation currently in force provides that the green certificates are traded at values ​​between a minimum of 27 euros and a maximum of 55 euros.

"In Europe, where large amounts of industrial energy consumers must pay for obtaining such certificates are almost 10 times lower than in Romania, which gives them a great advantage in the Romanian industry," reads the statement of reasons the bill initiated by the three senators PSD.

The sanators justifies its proposal to reduce from 55 to 30 euros a maximum amount of green certificates trading in that, in this way, " energy costs incurred bear by the population will not increase and thus encourage the competitiveness of large companies market and avoid charging bills population value of these certificates. "

" Done right, this legislative proposal will lead to a decrease of 5 % of the price paid by consumers," says the document cited.

Green certificates are issued by state renewable energy producers for each MWh produced and delivered to consumers, the latter bearing the cost of their monthly bills.

Approval of the proposal to the three senators would mean a reduction of state support for green energy, after the government decided last year that a certain number of green certificates will be granted to companies with a delay of three years. On January 1, entered into force another decrease of the support, the reducing of the number of green certificates to producers of alternative energy.