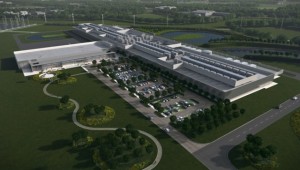 Facebook made public in Ireland plan to build a data center that will use only renewable energy.

The data center is part of the Open Compute Project, a coalition of companies that have the objective of producing energy through an efficient infrastructure cost.

All components in the center, including servers will be designed from scratch and then will be shared with those of the coalition that includes among others, Goldman Sachs, Microsoft and Intel.

Our data center clones will use 100% renewable energy, due to existing wind resource in Ireland. This will help us reach our goal of fueling infrastructure in our 50% renewable energy by the end of 2018, it said in a statement the company.

The data center in Ireland will be the second that Facebook has in Europe after the one in Lulea, Sweden