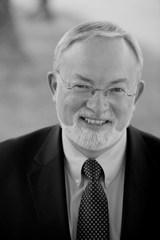 The United States is aggressively exploiting its shale gas resources, while Europeans are content to keep their environmentalists happy and import natural gas. On the smart grid front, European and American utilities are both speeding deployment of smart grid technologies, according to David Walker, chief executive officer of DNV KEMA Energy & Sustainability.

This is the second of a two-part series of interviews of DNV executives at a recent Washington conference. Last week: Looming Transformations.

ENERGYBIZ: Why is the natural gas business in Europe so different from America?

Walker: Europe has not been swept by shale gas like America is. Europe is facing a declining production of its indigenous reserves in the North Sea. At the same time, it is importing the majority of its gas from Russia or from Norway. Increasingly, it is also importing liquefied natural gas from traditional sources in North Africa and Qatar.

There are some areas in Europe that are suitable for shale gas exploitation. But at the moment, those are under fairly severe environmental restrictions. Europe also lacks equipment and rigs and the infrastructure that you have here in the United States. There is no real history of large-scale onshore drilling in Europe like you've had historically in the United States.

Wkeral: Russia has never really defaulted on most of its gas exports. It’s been someone else who has been interfering. But, of course, the political differences between Europe and Russia at the moment are growing, I would say. So what will happen in the future there, I don’t quite know.

ENERGYBIZ: What is holding back shale development in Europe?

Walker: It’s the environmental groups that are preventing shale being exploited in Europe. Within parliaments both at a national level and at the European level, those groups are pretty strong. Shale exploitation is being banned in Germany and in Italy and several other countries are saying they are not going exploit it.

ENERGYBIZ: To what extent do you think Europe is ahead of United States when it comes to using analytics to improve operations or customer offerings?

Walker: There’s quite a lot that they both could learn from each other. One of the big problems is that the basic grids in both the United States and in Europe are pretty old. As we start to see replacement of infrastructure, we will start to see more investment in these embedded sensors and additional data gathering.

Embedded sensors provide additional data regarding fault detection and aid in service restoration by pinpointing problems locations more quickly. In Europe, there are a certain number of utilities that are introducing those technologies. I couldn't actually say whether they are more advanced there than they are here in the United States.

ENERGYBIZ: What about the use of new intelligence about consumer energy usage?