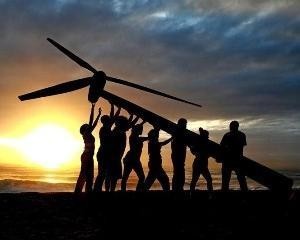 The government approved at its last meeting this year, the mandatory quota of electricity produced from renewable sources covered by the promotion system of green certificates.

"For 2016, the mandatory quota of electricity produced from renewable energy sources, benefiting from green certificate promotion system is 12.15% of gross final consumption of electricity, according to a Decision adopted today by the Government.The quota for next year is higher than 2015, when it was set at 11.9%, "the release reads.

Also it should be mentioned that the level of mandatory quota for 2016 maintain consumer impact of the bill on the use in 2015 of about 35 lei / MWh, not transferring unnecessary costs in the bill.

"If we consider the agreements for exemption issued by the end of 2015 (7000 GWh) and 2016 (1000 GWh, in addition to 2015), the impact of green certificates in the bill to final consumers of electricity not exempted (households and SMEs) will rise from 35 lei / MWh,at about 43 lei / MWh, "the statement Executive said .

If the Government and ANRE boast that increased their share of green certificates in 2016, representatives of associations in the renewables claim, in unison, that keeping the quota at a very low level for the third year in a row is the coup de grace for many of the manufacturers of energy from renewable sources.

With this massive reduction in support to producers of energy from renewable sources, the Romanian state deliberately pushes them toward insolvency and bankruptcy, argue profile associations.

On the other hand, the Government states that the approved level of the mandatory quota for 2016 envisages achieving the national objective of energy from renewable sources in gross final consumption of energy and was established based on scenarios submitted by the National Energy Regulatory (ANRE).

"This objective will be achieved by limiting the sale of green certificates to producers of electricity from renewable sources at a value of about 60% of all certificates issued," says the document cited.