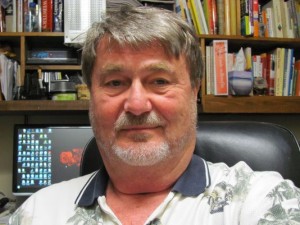 Concerning the Viewpoint on April 13, by Mr. Niblock ("It's too expensive to convert solar energy"), I'd have to take exception with several things. I worked at Gulf Power's Crist Plant before early retirement and have experience with power generation on a variety of levels.

First, Mr. Niblock's data, like Crist Plant is rated at 97 MW, is about 10 times too low for the total plant capacity.

Secondly, converting solar energy is not too expensive with today's technologies, nor does it have to take place by converting the entire Crist plant to solar.

Like with hybrid cars, each home could become a hybrid mix of solar and Gulf Power-supplied electricity. I currently have solar hot water, a solar pressure cooker, and plan to add the solar panels.

Some past problems with solar and wind electrical generation are due to its dependability. The supply of wind and sun energy is intermittent.

You can verify the wind part with Lamar advertising, who has partnered with Gulf Power to place wind turbines on top of their big signs in the Pensacola area.

The Lamar project has not been as successful as anticipated. This was supposed to be a win-win for each, since Lamar needs lights at night and Gulf Power needs that extra generation during peak power demand hours during the day.

Likewise, solar is intermittent and on cloudy days solar panels drop down considerably below 50 percent of their maximum-rated output capacities.

Another problem with solar and wind generation is cost, as Mr. Niblock mentions; however, new technologies are significantly driving down these costs, for both PV (photovoltaic) solar panels and for battery storage devices.

Some solar panels are being developed to generate off of ultraviolet light, because it can effectively penetrate the cloud barriers.

As for batteries and storage devices, I see the trend going toward Flow Batteries. Each home, as well as generating plants, will eventually have some form of these.

Unlike traditional batteries, where the electrolyte is mixed and metal ions create the electrical output (car battery), the Flow Battery has its electrolyte separated and stored in tanks and when it's needed it's mixed to produce electricity.

Japan already has these in use, but it's their electrolytic cost which has been prohibitive overall for mass production.

Based on Harvard research, scientist can now organically produce Flow Battery electrolyte. The electrolytes are synthesized from certain plants and stored in tanks for future use.

This ability to store electricity cheaply will significantly help generating plants to meet peak load demands, which for this area is during the hottest parts of the day. In order to meet the peak demand, sometimes requires Gulf Power to buy very expensive power from other generating companies on the electric power grid.

Making up this high cost is transporting this power from one area to another through transmission lines.

Flow Batteries will minimize not only having to buy expensive power, but will also prevent having to build expensive additional generating plants.

During off-peak hours (evenings and nights) each generator can then be regulated and operated at their most efficient outputs to recharge these Flow Batteries.

While solar energy conversion has been very expensive in the past, we are now on the precipice of enhancing new technologies which will change how we generate, store, and use electricity in a most cost effective, efficient manner.