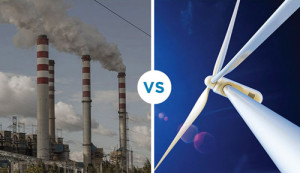 Renewable energy has made a greater contribution to the world's total energy demand, but also coal and oil increases were recorded in 2013, shows a report by energy company BP PLC.

Application of renewable energy, including wind and solar, rose to a record 2.7% of global energy consumption from 0.8% a decade ago, said energy cited Market Watch.

For all types of fossil fuels, global consumption grew faster than production, reads the report.

Oil demand in the U.S. has also increased last year by 400,000 barrels per day, the fastest from any country last year, surpassing China's demand for the first time in 15 years.

Oil remains the world leader, with 33% of global energy demand, but lost market share to other fuels for the 14th consecutive year. Global oil consumption grew by 1.4% in 2013, above the historical average.