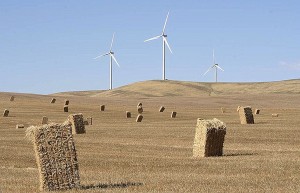 For several years, a Portuguese research group has been touting the horrors of something they termed “vibroacoustic disease” or VAD, claiming that this was a physiological affliction due to extended exposure to infrasound. In recent years, they’ve been making the claim that wind turbines can cause this affliction.

What claims do they make about VAD?

While there seemed at first glance to be some apparent merit to a portion of VAD impacts as a reality for military flight crews exposed to 130+ dB of infrasound for extended flights, the linkage to wind farms and the imperceptible levels of infrasound that they emitted is quite a leap. After all, infrasound measured in homes is 10,000 to 1,000,000,000 times less intense than that experienced by flight crews, especially military ones.

The large majority of people in the world are exposed to infrasound levels equivalent to those from wind turbines day and night from sources such as the wind, traffic and air conditioning. If people were susceptible to damaging physiological impacts from infrasound at these levels, it’s likely that evolution would have weeded those traits out long ago due to the prevalence of infrasound in the natural world.

More recent studies have specifically targeted the research of the Portuguese group, assessing whether it stands up to scrutiny.

The primary VAD researchers are Dr. Nuno Castelo Branco, described as a surgical pathologist with the Center for Human Performance, Alverca, Portugal, and Professor Mariana Alves-Pereira of Lusófona University, Lisbon. Prof Alves-Pereira is the one who has been by far the most active asserting the linkage between wind farms and health, including speaking at conferences and making submissions to wind farm planning tribunals.

Long before they were an annoyance in the wind energy and health field–where their research is constantly brought forward, and consistently dismissed–they have been a bit of a thorn in the side of the aviation industry. Reading the literature that they produce, it is clear that they have been hanging their hat for several years on workers’ compensation claims, likely appearing as expert witnesses in court claiming that low levels of occupational environmental infrasound have had insidious effects on the health of claimants.

As they freely state,

we have an on-going commitment to establish VAD as an occupational disease, reimbursable by Worker’s Compensation. (Castelo Branco 1999)

However, VAD is not recognized as a disease by any authority. As with much medical evidence in wind energy, lack of evidence and lack of recognition doesn’t mean it doesn’t show up in court time and again.

As a result, medical aviation researchers in Europe started assessing ways to evaluate and test the results that the Portuguese team were finding. After all, if VAD were actually causing physiological changes, then these changes would show up when other people looked for them.

They performed a robust, control-grouped study of helicopter-crew and non-helicopter crews with serious tests before and after helicopter flights, testing far more elements of cellular structure and chemistry than anything the Portuguese crew had done. The conclusion?

The main findings of the present study were that despite noise and vibration levels close to the action level recommended by EU directives, we could not demonstrate any evidence of helicopter induced bio-effects using a broad panel of endothelial and inflammatory biomarkers.

The most likely possibility is that sound and vibration exposure have no discernible physical effects on cellular tissue. (J.I. Kasin et al 2009)

Although they found no evidence of differences between long-term exposed helicopter crews and short exposure non-helicopter crews in the markers studied, they agreed that this study only assessed acute changes and that more study was required to fully validate that no chronic changes had occurred,

So, in 2012, another study was performed specifically to assess chronic impacts. This time the study lead assembled a different and also deeply expert team appropriate to the goals of the study, including representatives from Norwegian Defense Medical Services Institute of Aviation Medicine, Unilabs A/S and Rikshospitalet University Hospital and Faculty of Medicine Department of Cardiology.

In this case, they matched helicopter crew with office workers as the control group and performed high-resolution CT scanning with two medical radiologists assessing the double-blinded results. If VAD actually existed, the helicopter pilots would show pericardial thickening. As the technology used was far above the technology used by the Portuguese team and on more sample locations, it would clearly show any problems.

On the basis of the CT scans, our findings do not support the existence of vibroacoustic disease, where pericardial thickening is the most prominent sign.

When comparing the average pericardial thickness of all seven anatomical locations on the heart of all pilots with the same anatomical locations obtained from the office workers, there is a difference of 0.01 mm (helicopter: 1.38 mm, SD 5 0.54 mm; control: 1.37 mm, SD 5 0.33 mm; Fig. 3). This minor difference is below the CT image resolution and can therefore be ignored as not clinically relevant.

Furthermore, there was no correlation between flight hours or age and pericardial thickness.

Portuguese groups’ findings in the vibroacoustic disease patients do not seem to be elevated from normal values and that normal pericardial thickness may have been underestimated.

That last bit is very important. It turns out that Castelo-Branco and Alves-Pereira didn’t and don’t know how thick the pericardium is supposed to be, and apparently mistook normal thickness for something else.

The Portuguese group were wrong and have been for about three decades. The evidence necessary for them to know that they were wrong has been available for quite a while.

So who has been referencing their papers? Well, it turns out that pretty much the only papers which reference their studies are the ones they wrote themselves, studies that debunk them and now a burgeoning crop of weak papers attempting to create a facade of credibility for anti-wind health complaints. Prof Simon Chapman published a citation assessment of the VAD group’s papers in June 2013 in the Australian and New Zealand Journal of Public Health. His conclusions?

Of the 35 papers on VAD, 34 had a first author from a single Portuguese research group. Seventy four per cent of citations to these papers were self-citations by the group. (Chapman 2013)

As the average level of self-citation is 7% in science, this is a strong indication that this is not taken seriously by other scientists, and the handful of researchers working on it take themselves too seriously.

Finally, also from Prof Chapman’s paper, the only linkage of the research group’s historical — and now firmly debunked — findings to wind turbines is a case study of a single 12 year old boy.

VAD is a house of cards made of tissue paper built on shaking jello, yet it is accepted as a basis for health impacts by wind turbines by Sarah Laurie, Carmen Krogh, Nina Pierpont and Robert McMurtry among several others. Either these people with at best marginally relevant medical credentials are incompetent at assessing medical literature, they are blinded by their bias against wind turbines or they are intentionally being misleading.