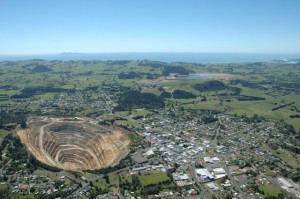 At the request of organizations that oppose mining project in the Apuseni Mountains, the environmental permit issued by the Environmental Protection Agency Alba for Zoning Plan – Rosia Montana industrial area has been suspended, in the court, after 4 years.

The suspension takes effect until final resolution of the process by which the same NGOs demanded cancellation of the environment permit.

Dispose the suspend of 2849 / 07.03.2011 Decision performance regarding the issuance of the Urban Area Plan Environmental permit for - Rosia Montana Industrial Development Zone Changing, promoted by SC Rosia Montana Gold Corporation S.A. until the final and irrevocable settlement of the case, being the object file no. 8318/117/2011.

With the right to appeal within 5 days of communication, "it said in the minutes of the decision of the Court of September 16, 2015 Bacau.

The case is expected to reach Bacau Court of Appeal, which will give a definitive solution.

The other lawsuit, which seeks annulment of the environmental permit, is on appeal to the Court of Appeal Braşov where it was suspended on the grounds that RMGC has challenged the legality of a ministerial order on the list of historical monuments in the Rosia Montana area. Essentially, in this case, non-governmental organizations prevailed and obtained cancellation of the environmental permit.

Both processes were started in 2011 in Cluj by association Independent Centre for the Development of Environmental Resources.

In 2013, the cancellation of the file was moved to County Court and at the one regarding the suspend it reached Bacau Court. The environment is a mandatory act for the PUZ approval for the proposed industrial development area of Rosia Montana Gold Corporation.

The documentation approved in 2011 was an amendment resolutions to the Zoning Plan adopted in 2002 by two Rosia Montana Local Council.

The proposed site is located in the administrative area of four municipalities: Rosia Montana, Abrud, Bucium, Câmpeni and covers 1,650 hectares.

"The issuance of the environmental permit for the Urban Area Plan – industrial development area of Rosia Montana was done in a transboundary context, given the significant potential effects on other states.

Hungary declared potentially affected State. They were taken into account all the observations and the specialists comments and the public concerned for the planning phase. It should be noted that the document does not replace a building permit does not confer the right to execute construction works, "explained the 2011 Regional Environmental Protection Agency representatives from Sibiu.

The documentation was submitted by RMGC in 2006 and completed in 2010. In April 2014, associations that oppose the mining project have obtained from the Court of Appeal Suceava suspension of certificate ofarchaeological discharge for Cârnic issued in July 2011 by the Department for Culture, Cults and Heritage Alba in favor of Rosia Montana Gold Corporation.