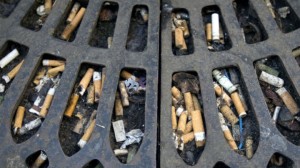 Caught dropping a cigarette butt outside a bar in Paris? Watch 68 of your hard-earned euros go up in smoke.

This is the warning city officials began giving smokers this week ahead of a steep rise in fines for discarding butts in the street.

Paris has launched a huge campaign against cigarette butt pollution – and against litter in general – informing residents of the fine hike that goes into effect on October 1.

After unveiling 30,000 new litter bins equipped with cigarette extinguishers this spring, and after distributing 15,000 free pocket ashtrays over the summer, city officials tried to drive the message home in recent days by handing out fake fines to offending smokers.

Beat cops have been issuing flyers to Parisians caught dumping cigarette ends in the street, warning them that real, €68 fines would take place in one month’s time.

“Our city must become a lot tidier. This is an issue for everyone… so there are going to be sanctions,” Paris Mayor Anne Hidalgo said in an interview with daily Le Parisien on Thursday.

Fines for public urination and dog poo will also be bumped up to €68 starting next month.

Cigarette litter bugs in Paris can already get slapped with a €35 fine, but many residents admit they are not aware the ban even exists.

An estimated 350 tonnes of cigarettes are discarded in the streets of the French capital each year, according to official estimates.

The city has tried to tackle the problem in the past, with the last major campaign against cigarette butts launched in 2012, but the habit has been hard to shake among tobacco-loving Parisians.

Officials have said that after a long awareness-raising campaign, stiff fines appeared to be the only way to make people clean up their act. 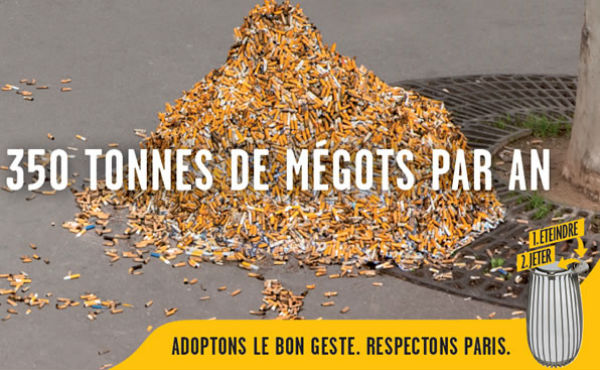 "Do the right thing. Respect Paris" says an anti-litter poster in Paris.