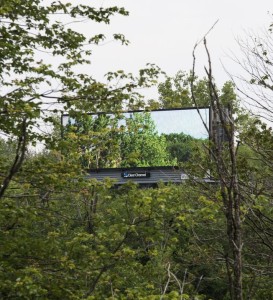 Brian Kane makes a statement with signs that replicate the environment they replace.

We were all doing double takes when we saw this image. (Photo: BrianKane.net)

The goal, assuredly achieved, was “to provide a moment of temporary relief and unexpected beauty during the daily grind of commuting.” 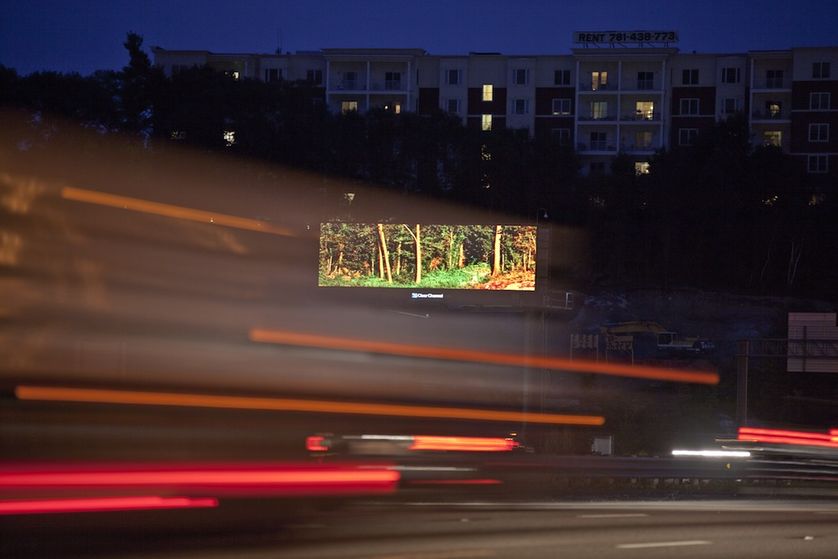 Artist Brian Kane commandeered a pair of billboards in rural Massachusetts (they were on 95 northbound in Wakefield and 93 southbound in Stoneham) for a month between June 28 and July 28. It’s part of "Healing Tool," a body of work that “stimulates digital experiences in the real world.” Photoshop was employed in a trompe l’oeil fashion to turn the billboard’s purpose around — instead of obscuring the natural world, it’s actually presenting it, albeit in artificial fashion. 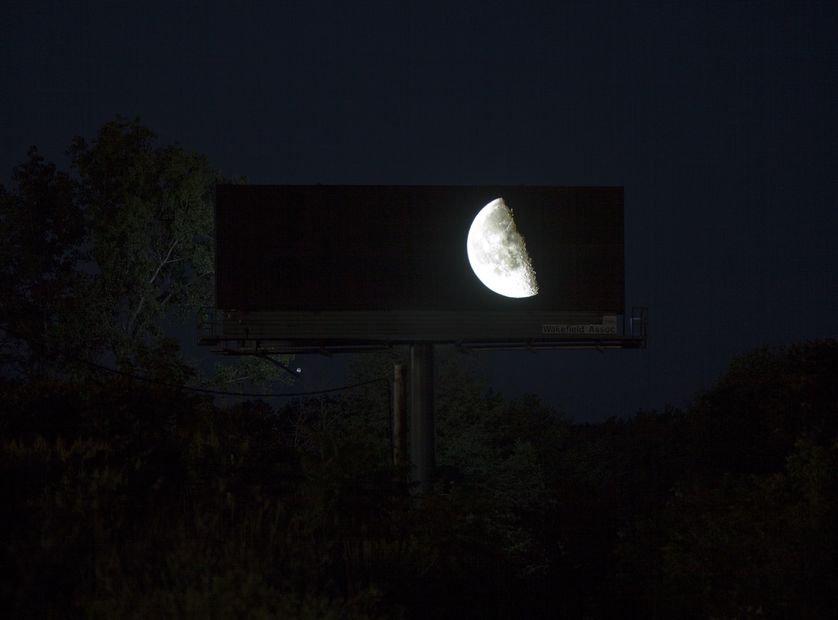 This is what drivers saw at night. (Photo: BrianKane.net)

The natural images, which reproduced the environments they were actually in, changed regularly — at night, high-res images of the moon were featured.

Thematically, the piece is ambiguously green. It appears to be replacing the artificial with the natural, but it’s really just using technology to simulate a nature replacement. It’s also a form of “unvertising”—a campaign without a message. By removing the marketing message from the advertising space, we create an unexpected moment of introspection. People are allowed to interpret an image based on their own experience, and not necessarily with the singular focus of the advertiser’s intent.

There’s actually a great opportunity to rent unused billboard space at nominal or no cost from big providers. Clear Channel Outdoor Advertising, for instance, donates “millions of dollars’ worth of public service advertising (PSA) to nonprofit and governmental organizations for their use in communicating information that positively affects the lives of those within our communities.”

My local radio station got free billboards, huge ones, on I-95. They only lasted a month, which is the same time "Healing Tool" was up. As the company says, you need to be a nonprofit group, but penniless art galleries and radio stations qualify.

Here's a video that shows how cool the digital nature billboards looked: 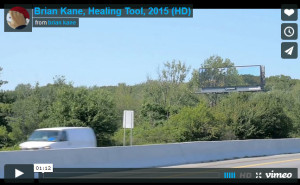