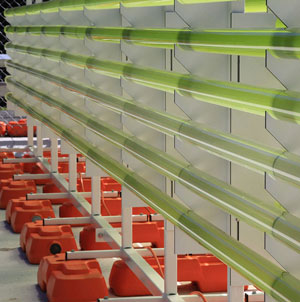 The Solar Biofuels Research Centre, located at Pinjarra Hills in Brisbane, was developed by The University of Queensland's Institute for Molecular Bioscience (IMB) in partnership with the Queensland Government, KBR Inc., Neste Oil Corp, Cement Australia Pty Ltd, Siemens, Bielefeld University and the Karlsruhe Institute of Technology in Germany.

Queensland Premier Campbell Newman said the $3.5 million project had potential to benefit regional and rural communities through developing economically viable methods of producing biofuels and other commodities including animal feeds.

“A biofuels industry would create new jobs in the biotechnology sector in Queensland, which already employs almost 10,000 people and generates an estimated combined revenue of $2.2 billion,” Mr Newman said.

“With plenty of sunshine and open spaces, rural Queensland has the climatic qualities required to become a major hub for biofuels in the Asia Pacific region, boosting exports as well as the domestic market.

“The Queensland Government applauds projects such as the IMB's solar biofuels plant that use science, technology and innovation to help us realise the full potential of our state.”

UQ Vice-Chancellor Professor Peter Høj commended the Queensland Government and industry for investing in an emerging area of research and development with the potential to deliver economic, social and environmental dividends.

“Pioneering researchers have shown that it is technically possible to make clean fuel from algae, and now the big challenge is to show that it can be commercially competitive and attractive to major industry.

“By working alongside industry in the new Solar Biofuels Research Centre, UQ scientists and economists can take on that challenge and move the world closer to a sustainable mix of clean energy solutions.

“This IMB-led project is part of a spectrum of discovery under the UQ Energy Initiative, which includes work on biofuels from other sources, and on solar power and geothermal energy,” Professor Høj said. 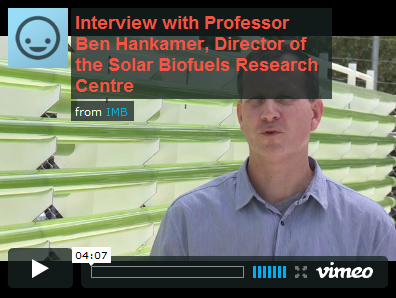 The Director of the Solar Biofuels Research Centre, Professor Ben Hankamer, said the pilot plant was an important step in advancing research into the efficiency of microalgae in converting solar energy and CO2 into fuels.

“Most clean energy technologies produce electricity but over 80 per cent of world energy demand is for fuels, making the development of clean fuels one of the most urgent challenges facing our society. Microalgae offer one of the most promising ways to do this,” Professor Hankamer said.

“This facility combines biology, engineering and economics to allow us to determine the strains of algae and bioreactor designs that are the most effective in producing affordable biofuels for the future.

“This plant is designed to integrate innovations in the areas of biology and engineering with the aim of developing high efficiency microalgae systems.”

The Institute for Molecular Bioscience (IMB) is The University of Queensland's flagship research institute that aims to improve quality of life by advancing personalised medicine, drug discovery and biotechnology. 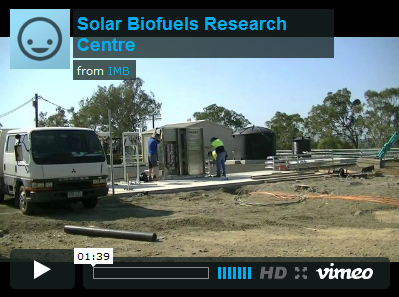