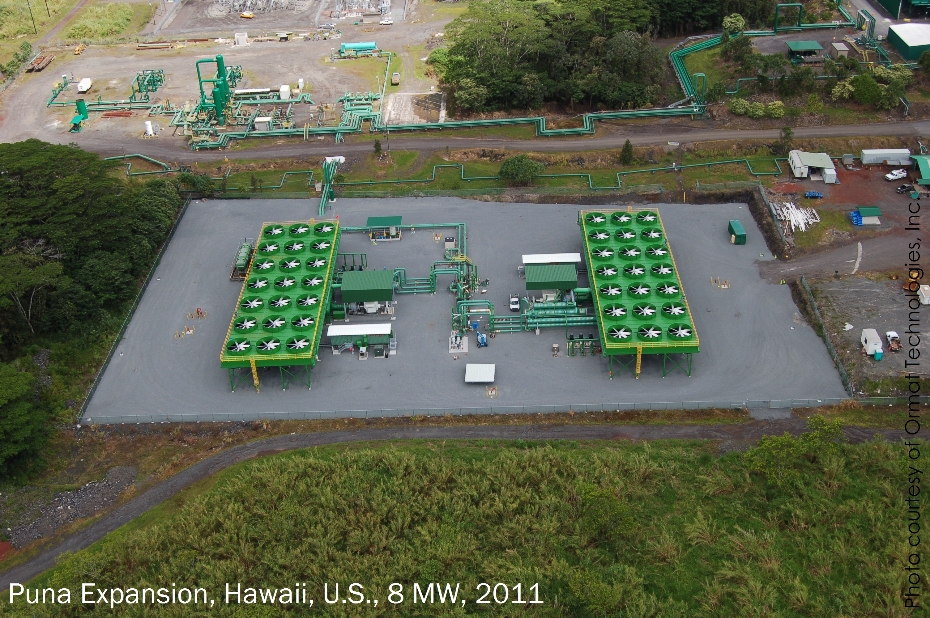 The geothermal industry has been struggling with the same barriers to development for years. It's a frustrating situation: while geothermal is a reliable, steady baseload form of renewable energy, its development expenses overshadow its obvious long-term benefits. Meanwhile, other intermittent renewable sources such as wind and solar are able to take advantage – and control – of state renewable portfolio standard (RPS) policies and other incentives due to their lower costs of deployment.

‘Clearly we have a situation where geothermal is not given its due, it is not properly valued, and is being put on parity with wind and solar when we know they are intermittent technologies,’ explained Halley Dickey, director of business development at TAS Energy during a session at the recent REWNA Conference and Expo in Orlando, Florida.

Considering these challenges, companies are burning the midnight oil to come up with innovative ways that make geothermal a smart, valuable investment for customers, and experts at ORMAT believe they may have come up with a winning solution. According to Paul Thomsen, director of policy and business development at ORMAT, it has strong implications for the industry as a whole in 2013 and beyond.

The ORMAT project is set in Hawaii, where it recently built an 8-MW expansion on its 30-MW Puna geothermal power plant. In order to get the utility, Hawaii Electric Light Company (HELCO), to agree to purchase power from the expansion, ORMAT made the entire plant fully dispatchable, meaning that it is controlled by HELCO, who can ramp service up or down to serve the auxiliary energy load for the grid.

Hawaii has a unique situation in which it has too much power on its grid, however the state depends on imported oil for 90 percent of its energy needs, which greatly increases costs.  According to Thomsen, Hawaii has invested a lot into its diesel infrastructure, so it faces the dilemma to either stop purchasing diesel and invest in new geothermal equipment, or keep purchasing diesel using existing infrastructure.

‘From a utility perspective, the fuel costs pass through to ratepayers, so there is no impact on them as a company. Shutting down those power plants and purchasing new equipment does have a capital impact on them and they have to figure out as a company if they want to make that large capital investment to help ratepayers 10-20 years down the road,’ explains Thomsen. ‘I think they are starting to make those decisions, but at this point they are about 30 percent over capacity – they knew they wanted this geothermal power, but they had to justify it to the PUC, so that’s why they have us on grid support.’

The power contract for the Puna plant is significantly lower than the island’s wholesale prices, which are between US$0.20-$0.30 per kWh. The expansion allowed for 5 MW of the original 30-MW plant that is still on avoided costs to be reduced to a fixed rate of about $0.11 per kWh – a 50 percent savings. And for the new 8-MW expansion, Thomsen says they offered HELCO a price of $0.09 during peak, and $0.06 off-peak.

‘We’re providing frequency control and power to the grid when the utility needs it, so they can say “Hey, were having problems; everybody is turning on their air conditioner and we need to ramp up the plant to 38 MW”,’ explained Thomsen. ‘Or they can say “It’s a relatively mild day, we don’t need this power; we want to back you off to 25 MW”.’

Thomsen believes this flexibility will influence power contracts in states like California that have a significant amount of energy but dwindling capacity with intermittent renewables. The California PUC is also considering decommissioning many power plants, and even some nuclear facilities face closure, as well, which could lead to significant renewable adoption.

Elaine Sison-Lebrilla, renewable energy program manager at the Sacramento Municipal Utilities District (SMUD) explained the future need and importance of geothermal on the grid during a geothermal session at the Renewable Energy World North America Conference and Expo.  She acknowledged the fact that the more wind and solar enter the grid, the more issues utilities will likely face in the future, and geothermal will be the renewable source that provides baseload power to support the grid.

‘We’re going to have to back down from fossils, but we still need baseload, and that to me means biomass and geothermal – not next year or the year after, but in 5-10 years. There are a lot of policy issues in play,’ said Sison-Lebrilla. ‘But we know it’s there, we know that there are impacts on our grid, we know we have to do something in addition to bringing on solar and wind.’

Thomsen says he is seeing an increase in renewable portfolio standards (RPS) for two reasons – their design (through time they get bigger), and states are starting to look at removing compliance mechanisms. Nevada, for example, allows energy efficiency projects in its RPS, and they are seriously considering removing that, which would create more demand for renewables. So instead of buying a gas peaker plant, these states can look at existing geothermal fleets to support other renewable projects with baseload power.

Thomsen says ORMAT is working with regulators to value geothermal’s ancillary benefits, and sees geothermal becoming increasingly more valuable in states that have purchased wind and solar but have no capacity.

Says Thomsen, ‘We are very bullish and optimistic on that fact that we are going to see more Power Purchase Agreements (PPAs) and better value because of what the power plant in Hawaii showed regulators and utilities geothermal can do.