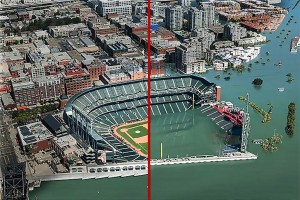 Sea-level rise is coming. Even if we keep global temperatures from rising more than 2 degrees Celsius above historic norms—the benchmark for avoiding catastrophic climate warming — we may still see oceans creep four feet farther inland by 2100 and rise 20 feet by as soon as 2200.

That’s according to a new study published in the July issue of Science. Researchers looked at three decades’ worth of data on ice-cap oxygen levels, then analyzed it to determine how varying amounts of CO2 in the modern-day atmosphere lined up with atmospheric CO2 and sea levels in the prehistoric past.

CO2 levels were last at today’s concentration—roughly 400 parts per million and rising—about 120,000 years ago, according to the researchers. Back then, the average global temperature was around 1 to 2 degrees higher than it is now, and the sea level was about 20 feet higher.

If you’re not a climate scientist, it can be hard to imagine what these numbers mean for the real world. So the research group Climate Central, working with artist Nickolay Lamm, decided to show what U.S. coastal cities can expect if we keep burning oil, coal, and gas at current rates.

Ben Strauss of Climate Central used the organization’s peer-reviewed research data and methods to calculate how 25 feet of sea-level rise would be likely to affect various coastlines, based on their tidal conditions. Then Lamm created images that offer a ground-level view of what losing 440,000 square miles of land along global coastlines—home to 375 million people—looks like.

“While 25 feet is not the same as six meters, or about 20 feet, 20 feet is the ‘lower’ limit the paper puts on expected sea-level rise from 2 degrees Celsius of warming,” Strauss said.

So, Why Should You Care? Even if we cut greenhouse gas emissions significantly, sea levels are expected to rise between one and four feet by 2100, owing to climatic changes already underway. Experts believe they will continue rising for centuries to come. But we can affect how much they do by slashing global carbon pollution in the next few decades. That would help make this a problem we can handle instead of one that overwhelms us.

Here are 10 images that compare how some coastal communities in the U.S. look today with what they may look like with 25 feet of sea-level rise. 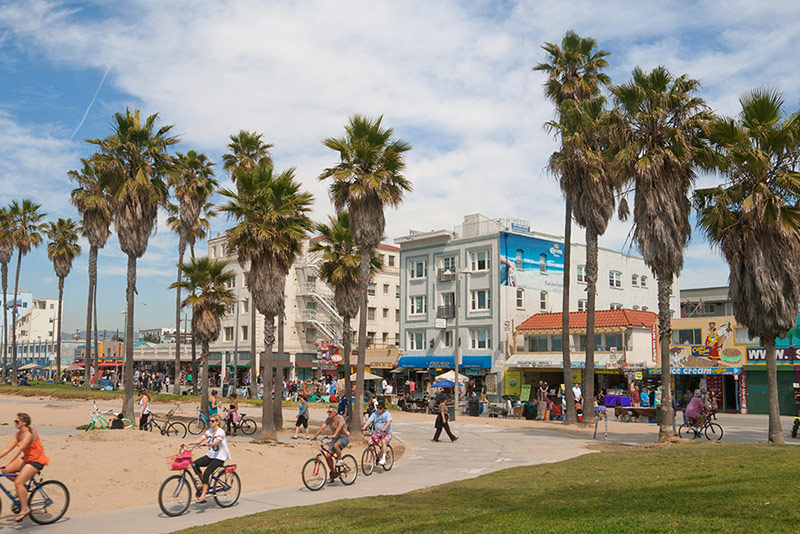 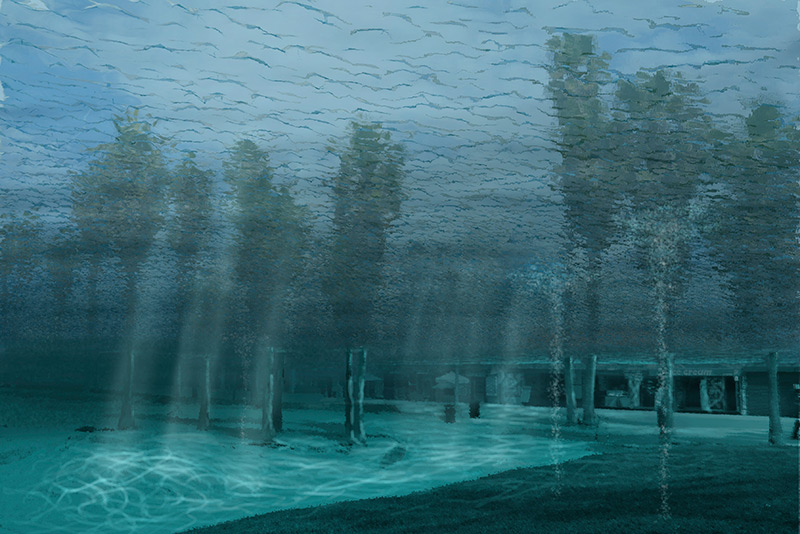 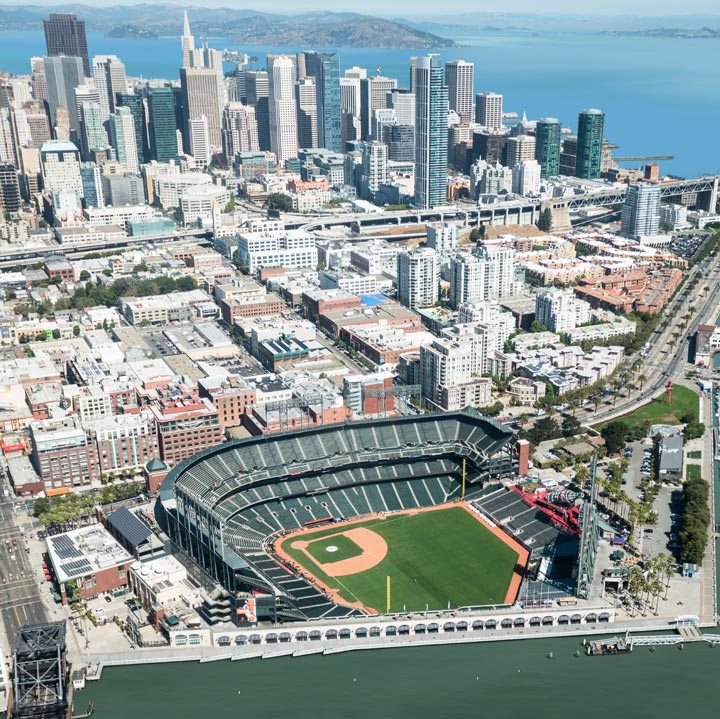 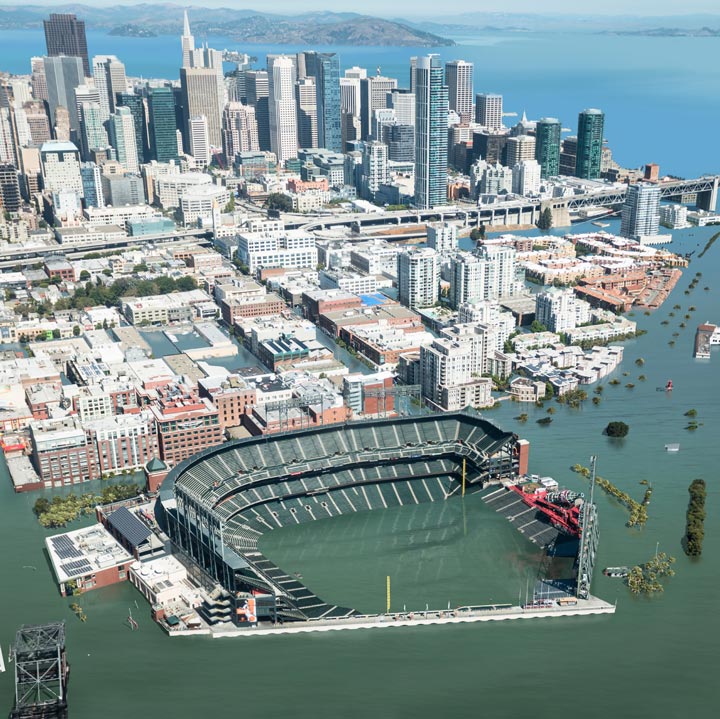 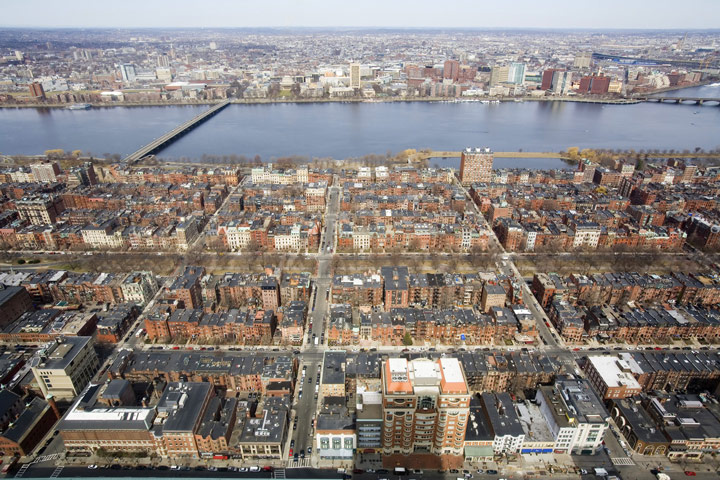 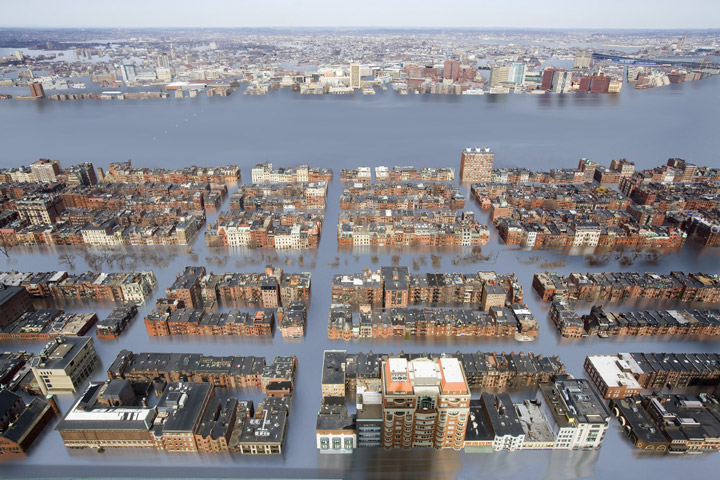 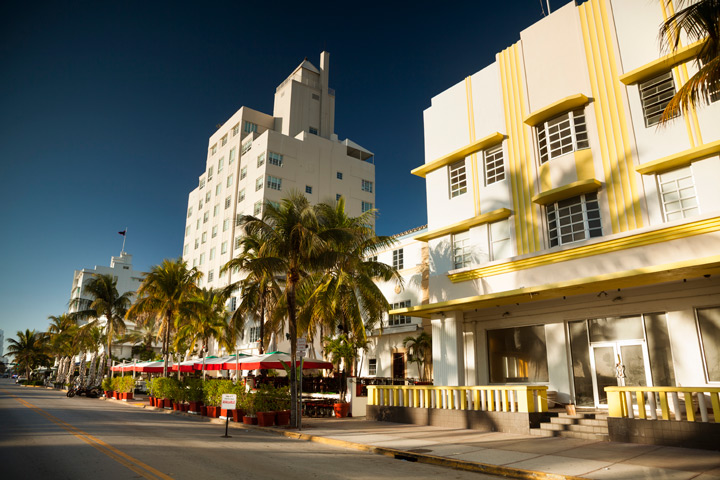 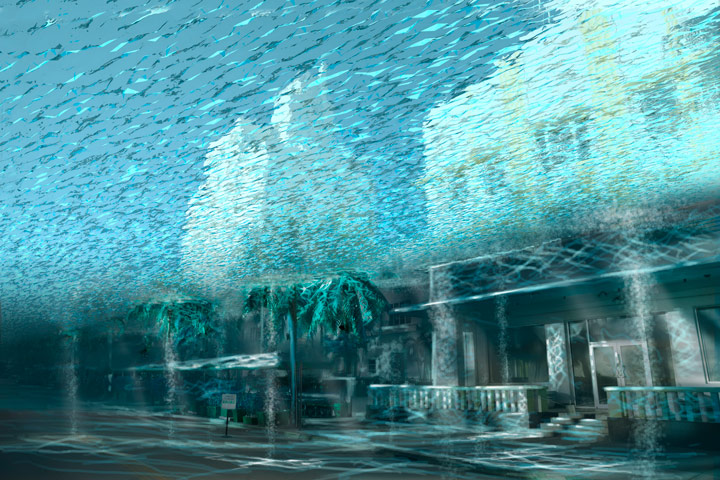 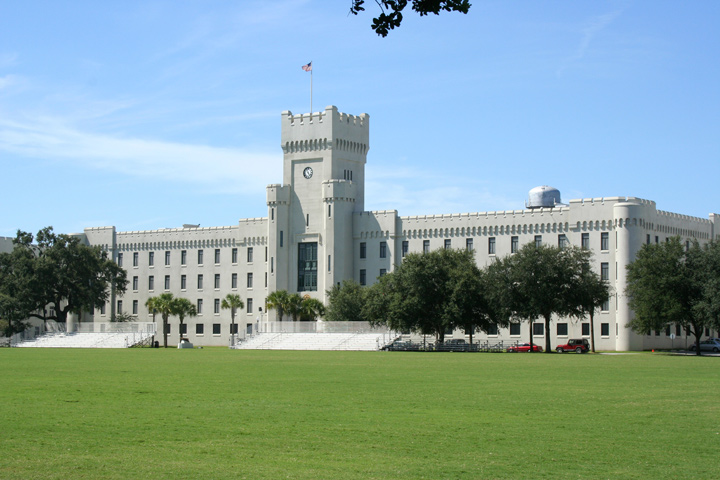 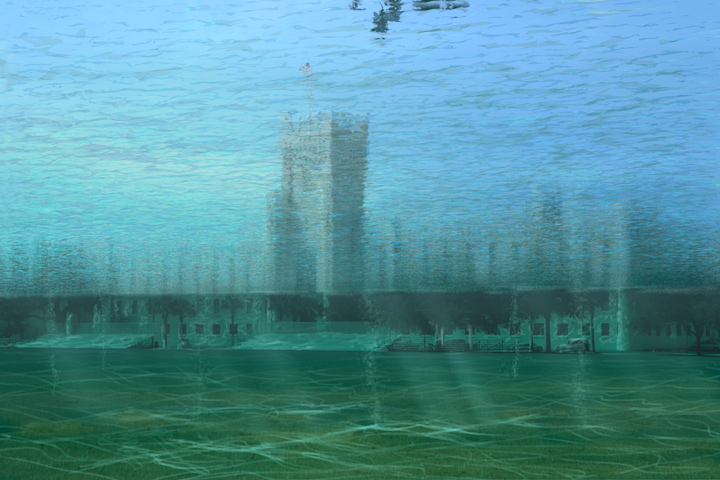 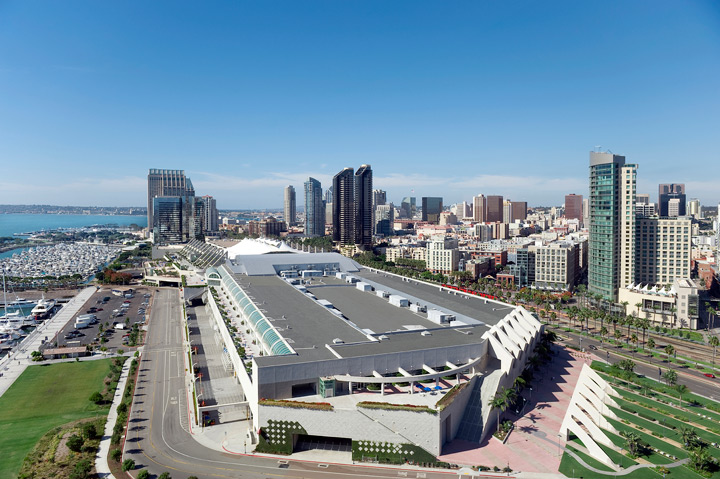 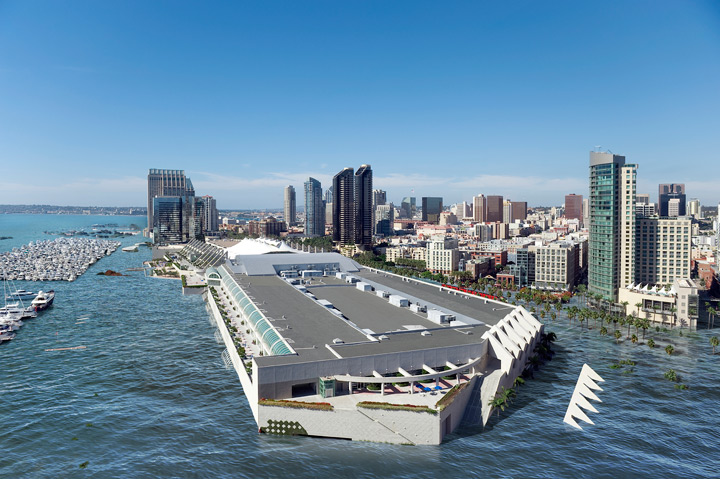 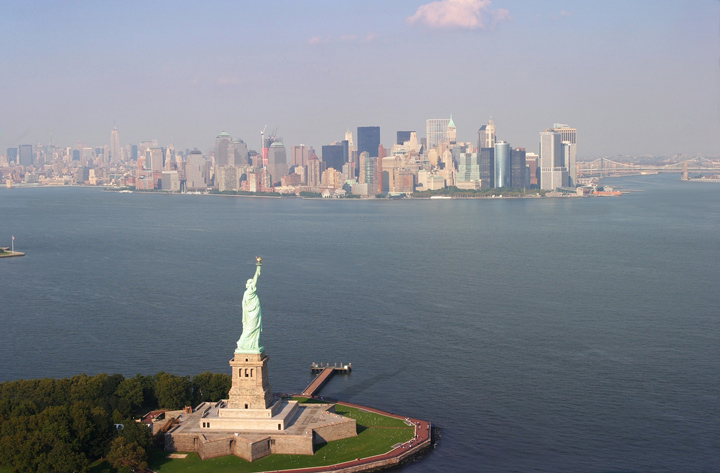 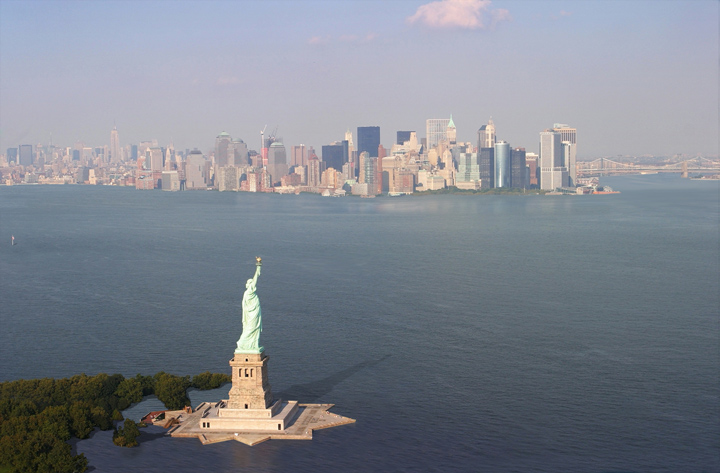 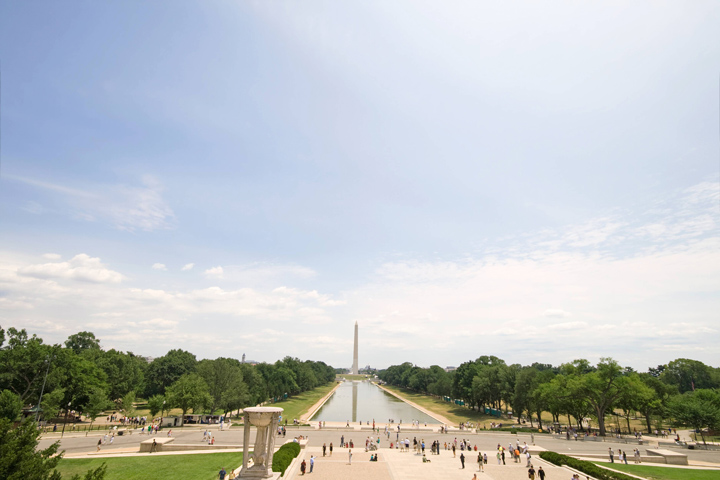 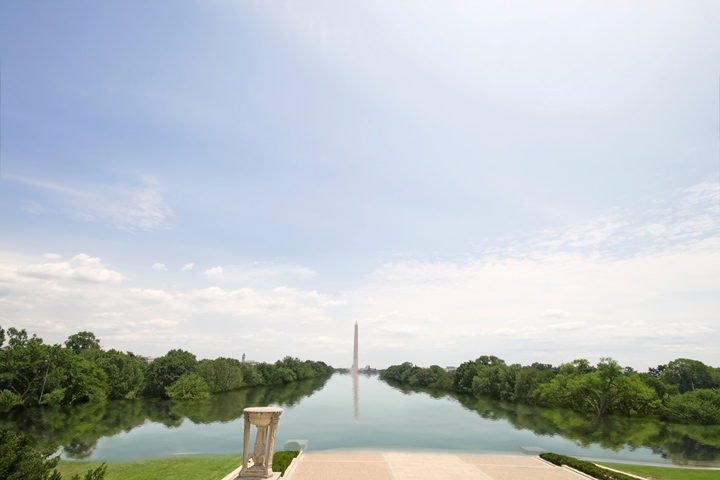 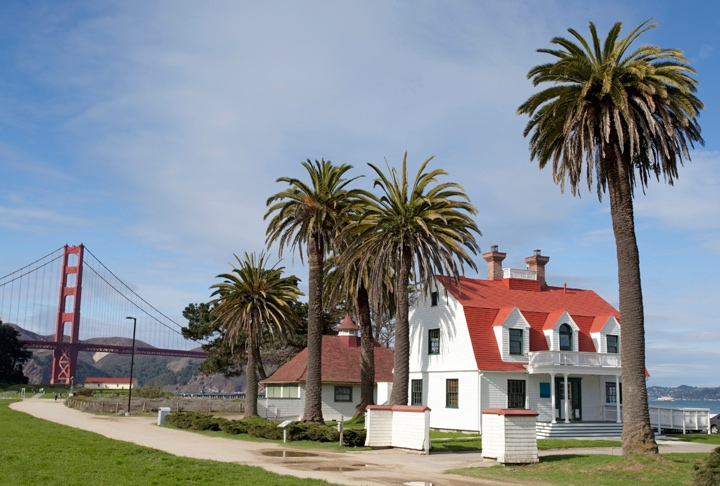 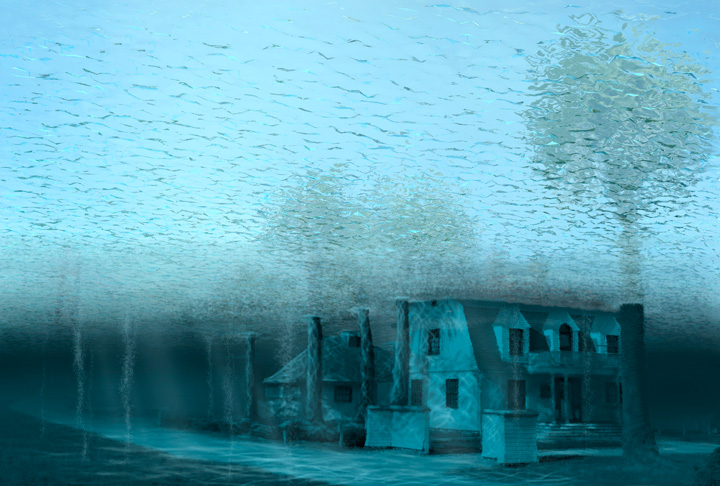 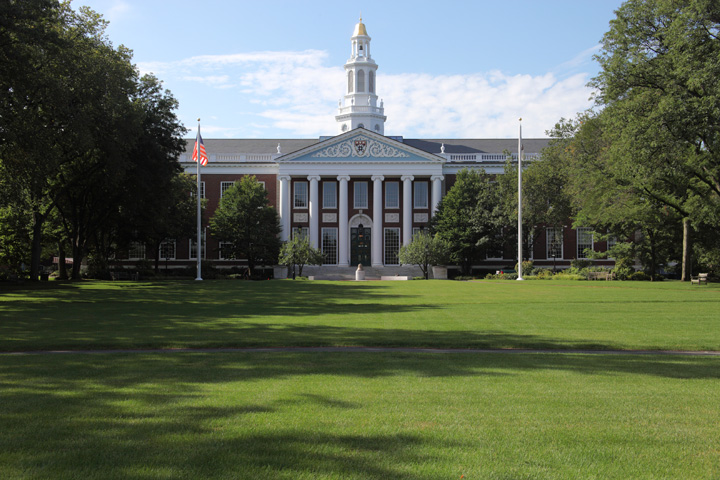 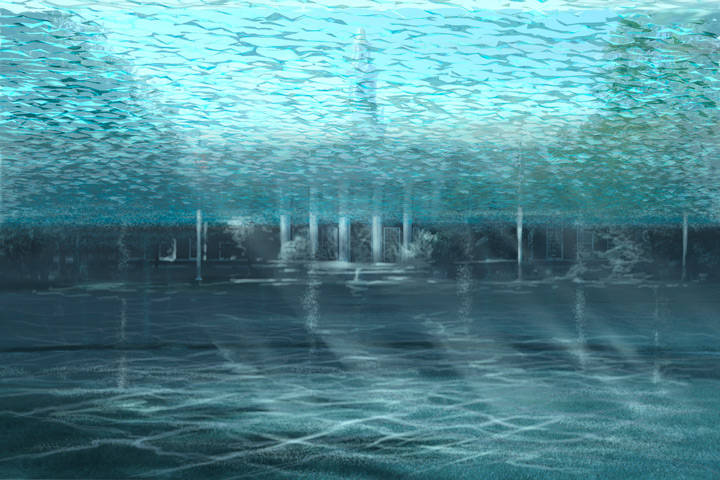